After plunging to a yearly low ($2.41) in December end, Diebold Nixdorf (DBD) stock jumped today on reporting upbeat Q4 sales and strong 2019 outlook. However, Diebold reported a loss of 8 cents per share versus the breakeven expected by the analysts. Revenue of $1.29 billion surpassed Wall Street’s view of $1.22 billion. Shares of Diebold surged 39% to $7.25 when the market opened on Wednesday. 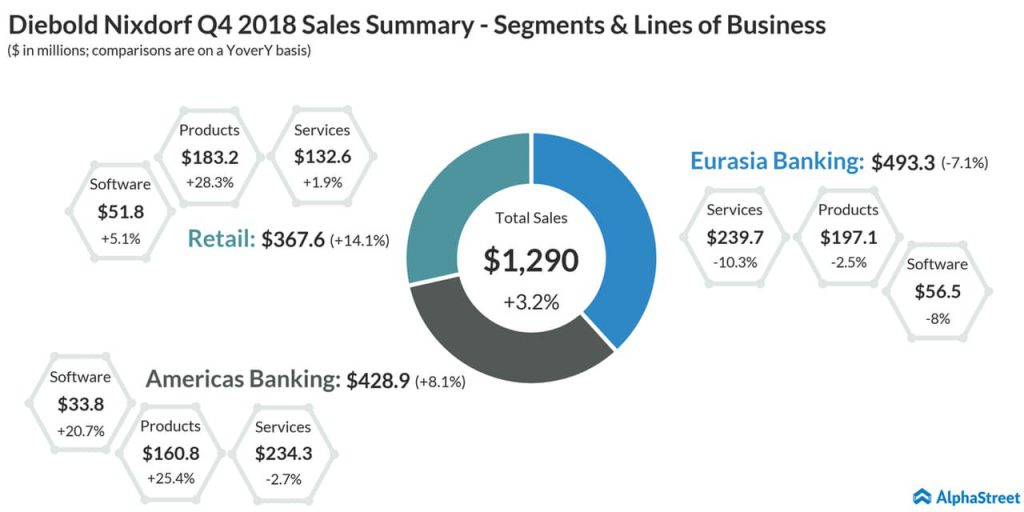 The maker of ATMs and provider of banking security systems reported a wider loss on a GAAP basis for the fourth quarter. GAAP loss per share widened to $1.62 from $1.46 in the prior-year quarter.

For 2019, Diebold expects revenue to be in the range of $4.4 billion to $4.5 billion and free cash flow to be breakeven. Diebold stated that DN Now initiatives and stable market demand drive improved financial outlook for 2019.

The North Canton, Ohio-based company lifted its three-year savings target from $250 million to $400 million due to the plans that include significant cost reduction and improved net working capital,

Diebold stock had almost doubled in the past 90 days and skyrocketed 185% since the beginning of 2019.