DISH Network Corp. (DISH) beat analyst estimates on profit numbers for the second quarter of 2018. Revenues came in ahead of expectations despite seeing a decline during the quarter.

DISH reported revenues of $3.46 billion for Q2 2018, down from $3.64 billion in the same period last year, hurt by a lower subscriber count. Subscriber-related revenues came in at $3.42 billion compared to $3.61 billion last year. 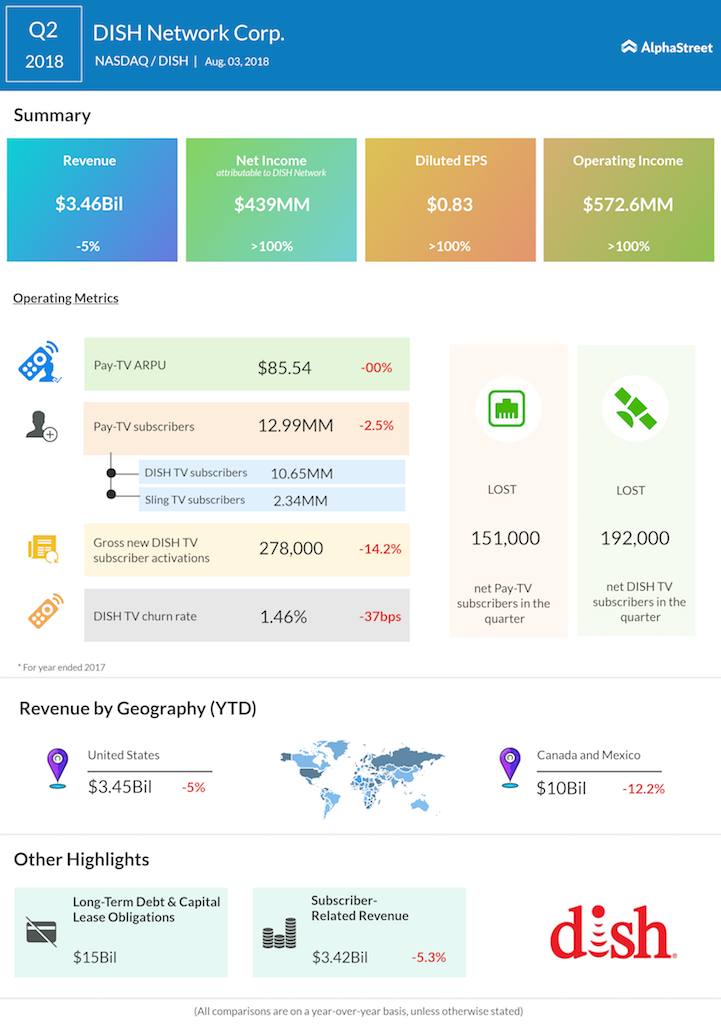 Net income attributable to DISH Network was $439 million or $0.83 per share compared to $40 million or $0.09 per share in the prior-year period. Net income in Q2 2018 was positively impacted by non-cash adjustments related to the adoption of new revenue recognition standards.