As American fast-food giants post year-end earnings this time around, investors would be on the lookout for how fierce competition is affecting leading players such as Domino’s Pizza and McDonald’s.

One among the major players, Domino’s Pizza (DPZ), is expected to post its fourth-quarter 2018 earnings before the opening bell on Thursday, Feb. 21.

Despite a recent cut in estimates, the market expects the pizza chain to earn $2.65 per share on revenue of $1.09 billion. Recent reports of economic slowdown look to have affected the consensus.

In the previously reported third quarter, Domino’s exhibited a huge revenue jump. However, it failed to meet Market expectations then, and this triggered a stock sell-off shortly after the results announcement. 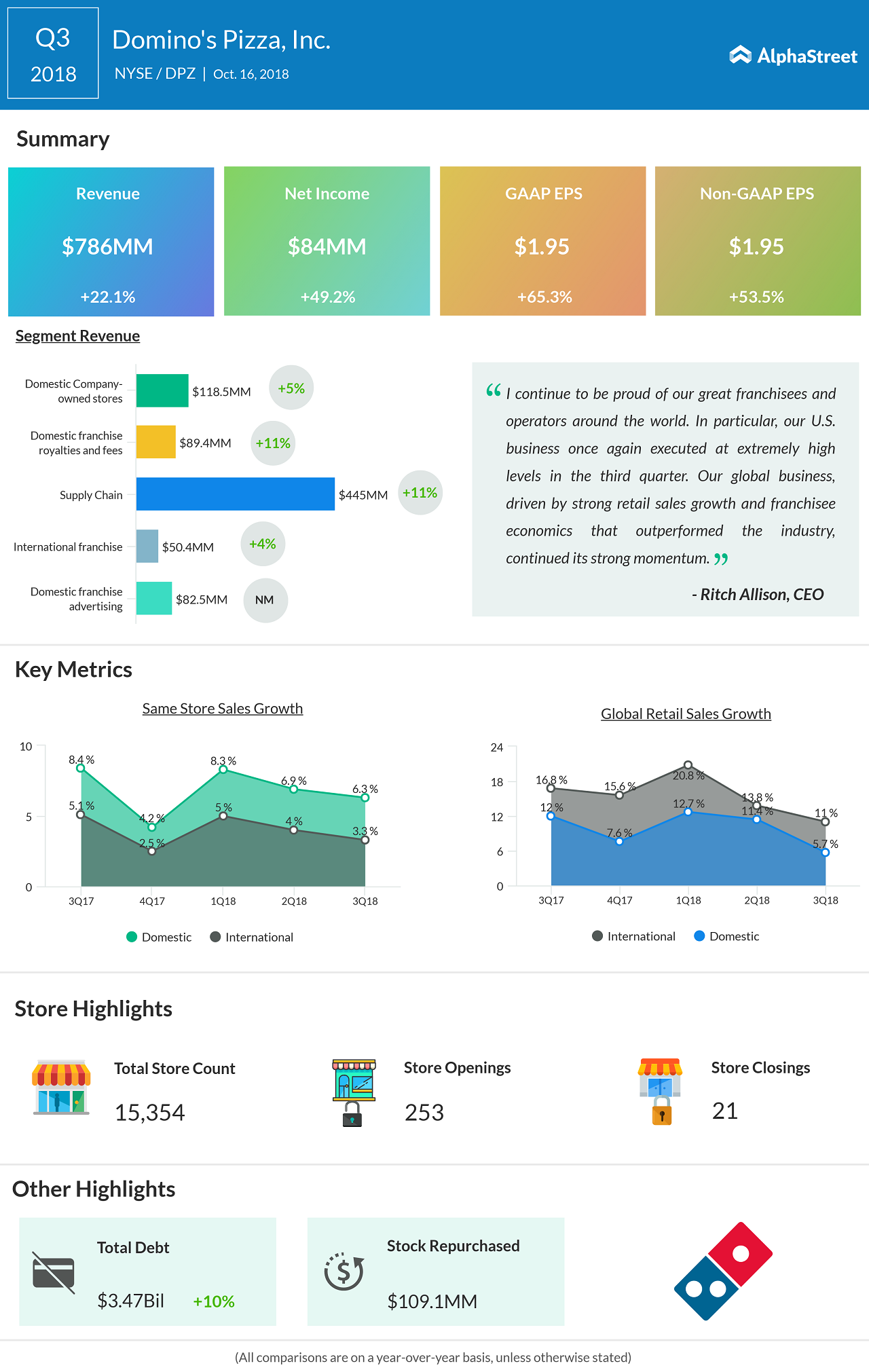 As the pizza giant reports earnings this week, expectations are riding high. Despite a slowing retail quarter, this is one sector that many believe will be absolved from the economic slowdown.