Back in 2015, when Hewlett Packard Company split into HP Inc. and Hewlett Packard Enterprise, the separate results then painted a clear picture. One went down, while the other went up.
However, three years later, this Thursday, when both companies reported first-quarter results of 2018, it was higher than market expectations — sending stocks higher. 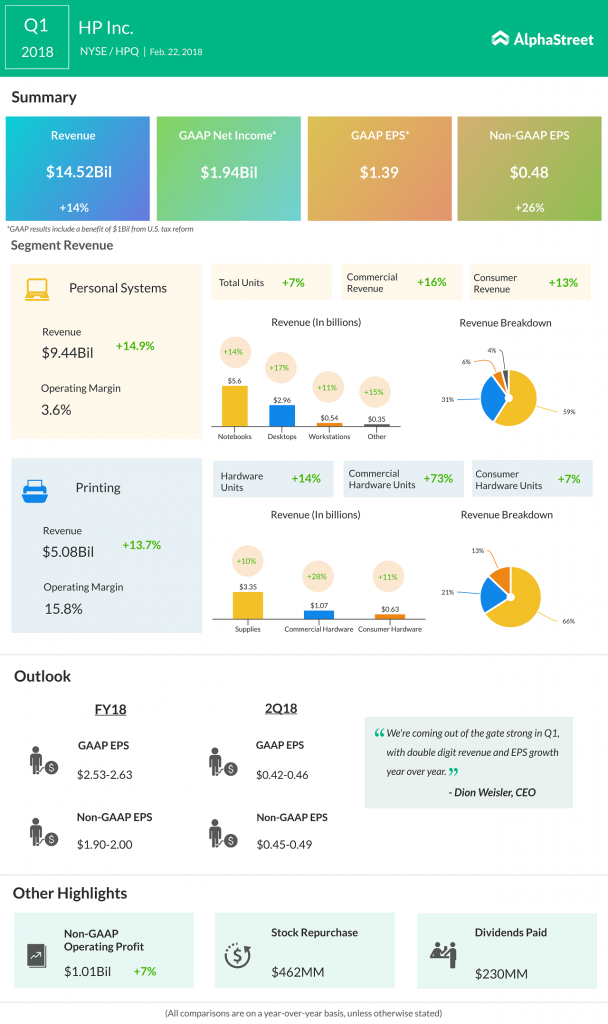 For Hewlett Packard Enterprise, this was the first earnings report after the departure of its CEO Meg Whitman, and it appears the reins are in good hands. The company posted revenue increases in the areas of servers and networking despite market skepticism.
HPE, which purchased Nimble last year, credited the revenue growth in storage partly to the arrival of the flash storage technology firm into its fold.
The company (HPE) also plans to offer tax reform-based incentives to employees, announcing significant returns to shareholders through buybacks and dividends.
For HP, the brand and both the companies, things have been looking up. Transforming to the changes and adapting to the new market seems to have worked wonders for them — something competitors like Dell were late to pick up.
And the results are a testament to this.