Chemical giant DowDuPont (DDP) reported a higher adjusted profit as well as a rise in sales during the second-quarter results, aided by growth across all its businesses as well as the launch of new products.

During the quarter, adjusted earnings grew 41% to $1.37 a share, easily topping analysts estimate of $1.29 a share. Revenue rose 17% to $24.2 billion, beating the consensus estimate of $23.59 billion. This increase was mainly due to double-digit growth in all divisions and gains in all geographic regions.

The company’s Agriculture division reported a 25% increase in its sales, mainly driven by a recovery from weather-related delays in Q1 2018 and local price gains. Gains in all segments and regions also drove Materials Science sales higher. The division reported 18% growth in sales. 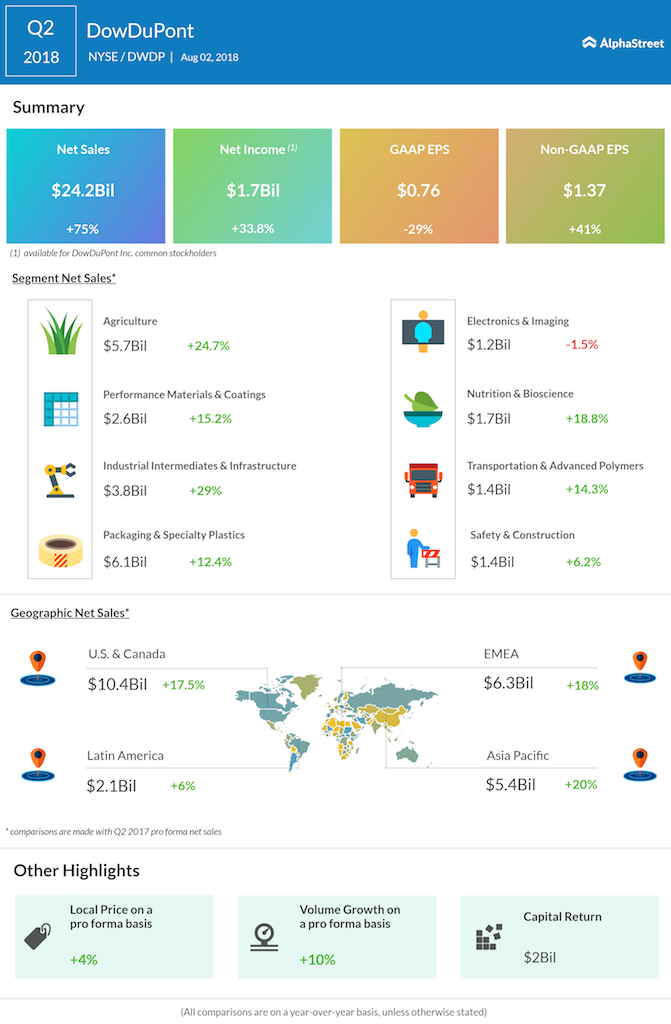 Due to the gains in all divisions, the company’s volume rose 10% on a pro forma basis. There was a 4% rise in the local price as well.

In September 2017, Dow and DuPont completed its $130 billion mega-merger. During the quarter, the chemical company achieved cost synergy savings of more than $375 million, reaching cumulative savings of nearly $900 million since merger close. The Company now expects to achieve year-over-year savings of $1.4 billion in 2018, 15% higher than its previous target.

“Looking ahead, we continue to expect above-market growth through much of DowDuPont’s business portfolio, driven by our innovations, growth investments, geographic reach and leading market positions. We expect third quarter net sales to be up more than 10%t and operating EBITDA up more than 12% year-over-year,” said CFO Howard Ungerleider.

The company’s CEO Ed Breen has focused on the cutting the annual cost by $3.3 billion before it splits into three independent businesses by June next year. He has been abandoning the research and development projects that are expensive and is instead investing in smaller projects. The first division to split in April 2019 will be the material science division that produces specialty plastic. This will be followed by the agriculture division, which is expected to to be jettisoned in June 2019. 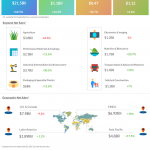