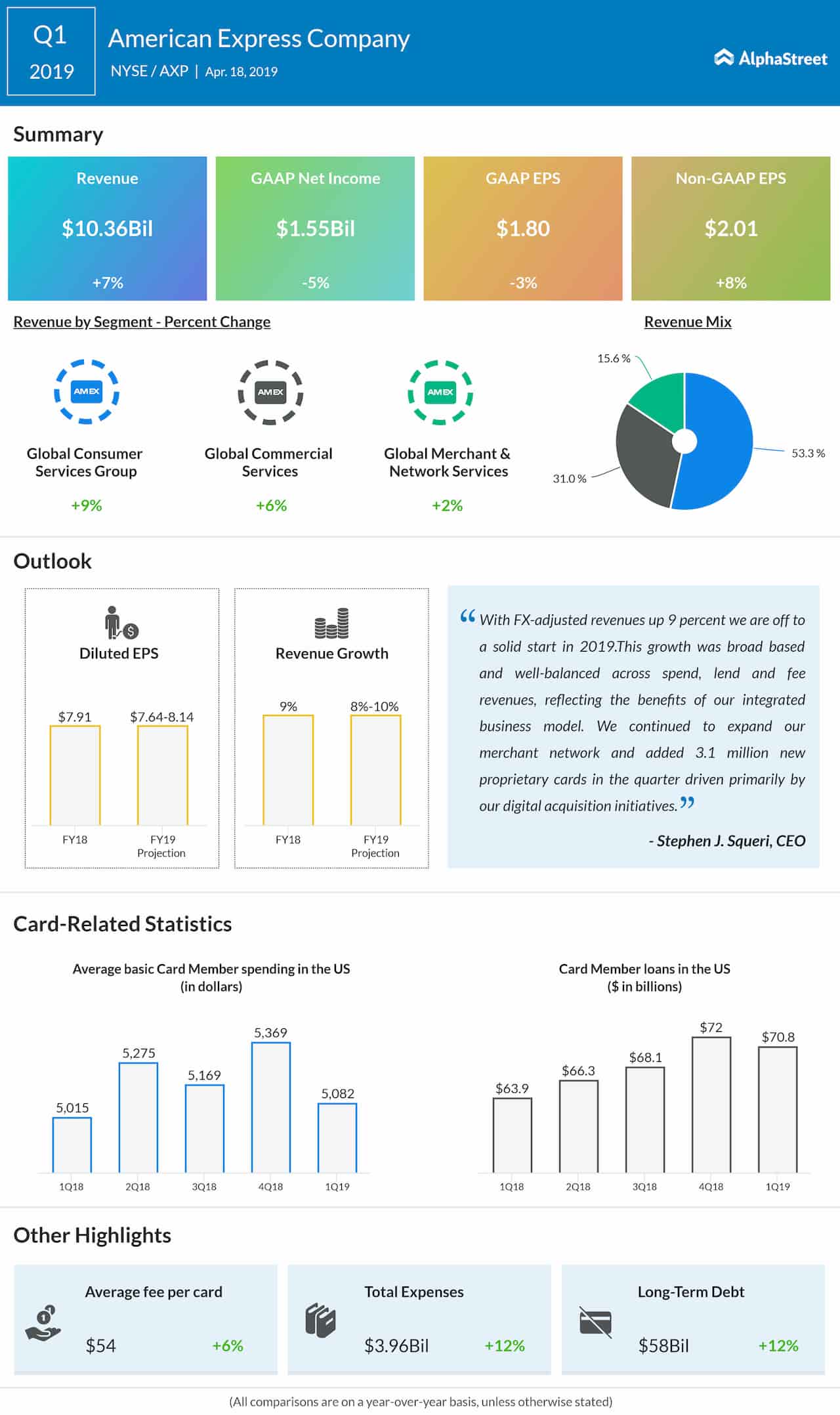 The New York-based credit card service provider reported net income of $1.55 billion or $1.80 per share for the March quarter, compared to $1.64 billion or $1.86 per share a year earlier. On an adjusted basis, the company posted earnings of $2.01 per share, which came in above analysts forecast.

There was a 7% growth in consolidated revenues to $10.36 billion, which reflects an increase in cardmember spending and loan volumes. However, the top-line missed Wall Street’s projection. At $5,082, average basic cardmember spending in the US was 1% higher compared to last year. Cardmember loans in the local market grew 11% to $70.8 billion. Expanding its merchant network further, American Express added 3.1 million new proprietary cards during the quarter, supported by its digital acquisition initiatives.

Average basic cardmember spending in the US was 1% higher compared to last year, while cardmember loans grew 11%

Going forward, the management expects certain litigation-related charges to impact earnings in fiscal 2019. It is looking for earnings, including the one-off charges, in the range of $7.64 per share to $8.14 per share. Excluding the charges, earnings are expected to be between $7.85 per share and $8.35 per share. The company also maintained its 8-10% full-year revenue growth outlook.

During the March quarter, the bank signed an agreement with Delta Air Lines (DAL), extending their existing partnership up to 2030. The tie-up, the largest for Amex, is expected to contribute significant revenue and earnings, from a customer and shareholder perspective.

Among the other credit card companies, Mastercard (NYSE: MA) is slated to publish its first-quarter earnings on April 30 before the opening bell, while Visa (NYSE: V) will be reporting second-quarter numbers on April 24 after the market closes.

American Express shares maintained a steady uptrend since the beginning of the year and gained 16% so far, after ending 2018 on a dismal note. Over the past twelve months, the stock grew about 10%, outperforming both the financial services sector and the S&P 500.