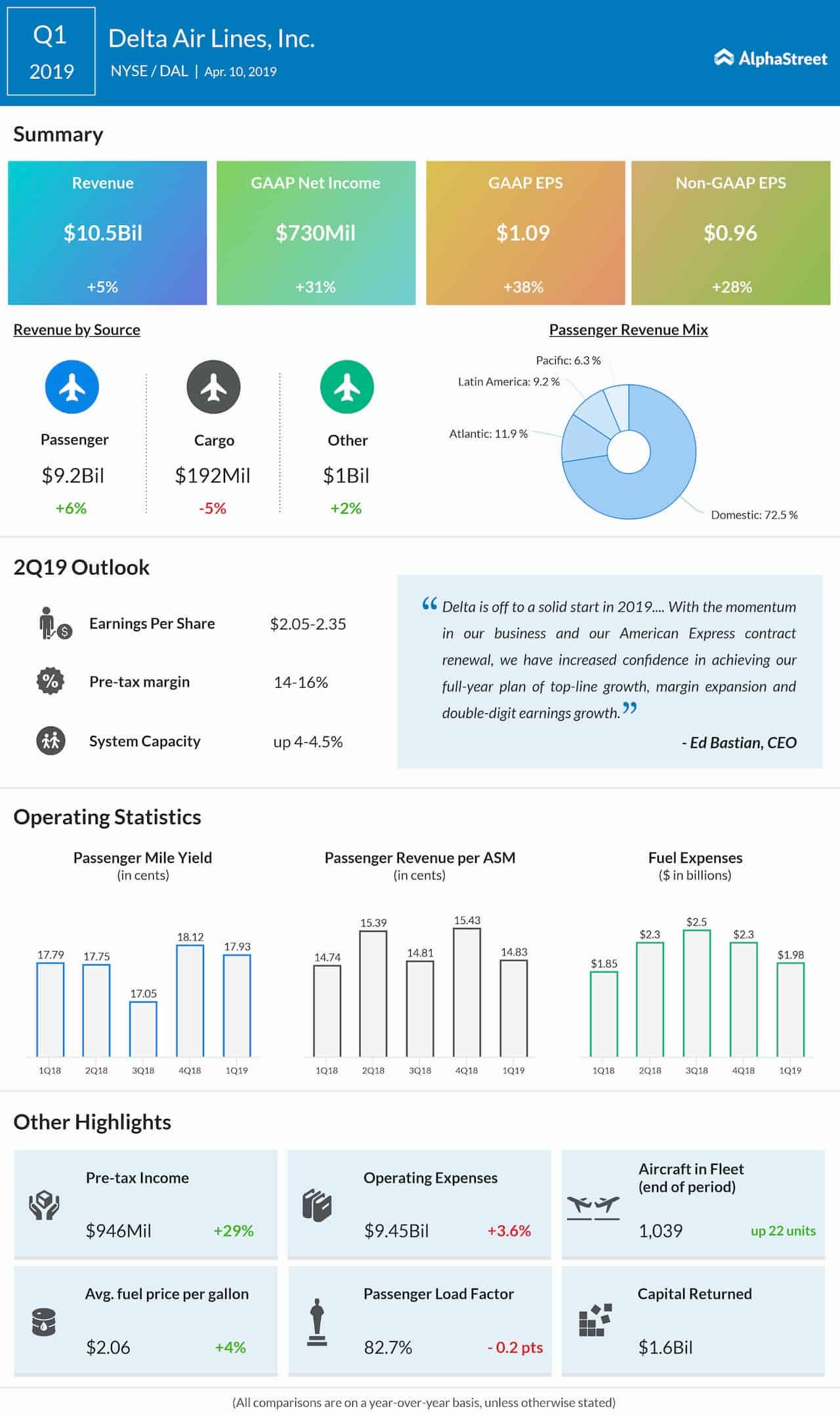 Total operating revenues grew 5% annually to $10.47 billion during the quarter and came in above Wall Street’s projection. Adjusted unit revenue moved up 2.4% year-on-year, supported by double-digit growth in domestic corporate revenue and a one-point benefit from the American Express agreement.

The top line also benefitted from an 8% increase in premium product ticket revenue and double-digit percentage growth in loyalty and Maintenance, Repair and Overhaul revenue. Overall, a 6% rise in passenger revenue was partially offset by a 5% dip in cargo revenue. System capacity grew 5% annually to 62.42 billion, while total revenue per available seat mile (TRASM) remained broadly unchanged at 16.78 cents.

“Our March quarter performance demonstrates the power of our growing brand preference, our unmatched competitive advantages, and most importantly the Delta people who are committed to providing the best travel experiences for our customers every day. I’m pleased to recognize their efforts with $220 million toward next year’s profit sharing,” said CEO Ed Bastian.

For the June quarter, the company currently expects earnings in the range of $2.05 per share to $2.35 per share, and pre-tax margin between 14% and 16%. Adjusted revenues are forecast to grow in the 6-8% range. System capacity and adjusted TRASM are seen increasing 4-4.5% and 1.5-3.5%, respectively during the second quarter.

In the first quarter, the management returned $1.6 billion to shareholders, including $1.3 billion of share repurchases and $233 million in dividends. Delta also extended its partnership with American Express up to 2030, under which the companies will continue to work together and deliver value-added services to customers. The arrangement is expected to bring benefits of about $7 billion annually to the company over the next four years.

Delta’s shares gained about 2% in the pre-market trading Wednesday following the earnings report. They had closed the previous session lower. The stock gained 7.6% in the past twelve months and 13.7% since the beginning of 2019.