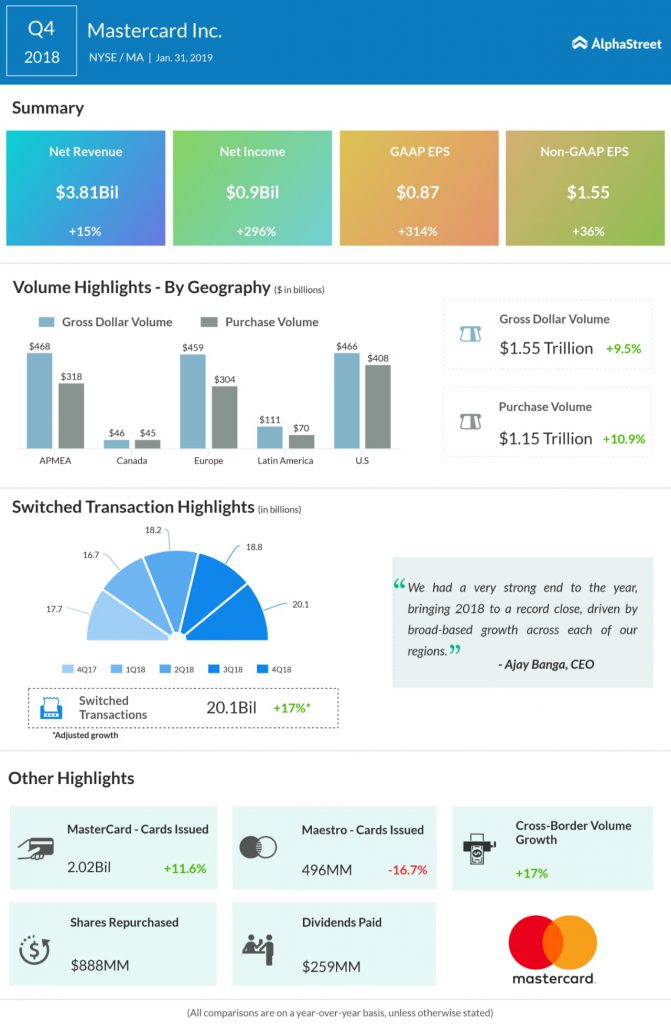 Gross dollar volume (GDV) rose 14% year-over-year to $1.55 trillion compared to $1.42 trillion in the fourth quarter of 2017. Purchase volume grew to $1.15 trillion from $1.03 trillion in the year-ago quarter. Switched transactions surged 17% on an adjusted basis to 20,124 million. Mastercard had issued 2,518 million Mastercard and Maestro-branded cards, representing an adjusted growth of 7%.

“We had a very strong end to the year, bringing 2018 to a record close, driven by broad-based growth across each of our regions,” said CEO Ajay Banga.

On Thursday, Visa reported better-than-expected quarterly results. However, Visa cautioned about the recent slowdown in the cross-border growth and said that Q2 revenue growth is likely to be at least a point lower than the previous outlook. Visa stock was down about 2% during Thursday’s morning trading session.

Mastercard stock has gained 10% in the last 30 days and 3% in the past three months period.