Citigroup Inc. (NYSE: C) on Friday said its fourth-quarter profit decreased despite modest growth in revenues. However, the numbers topped the market’s projections. 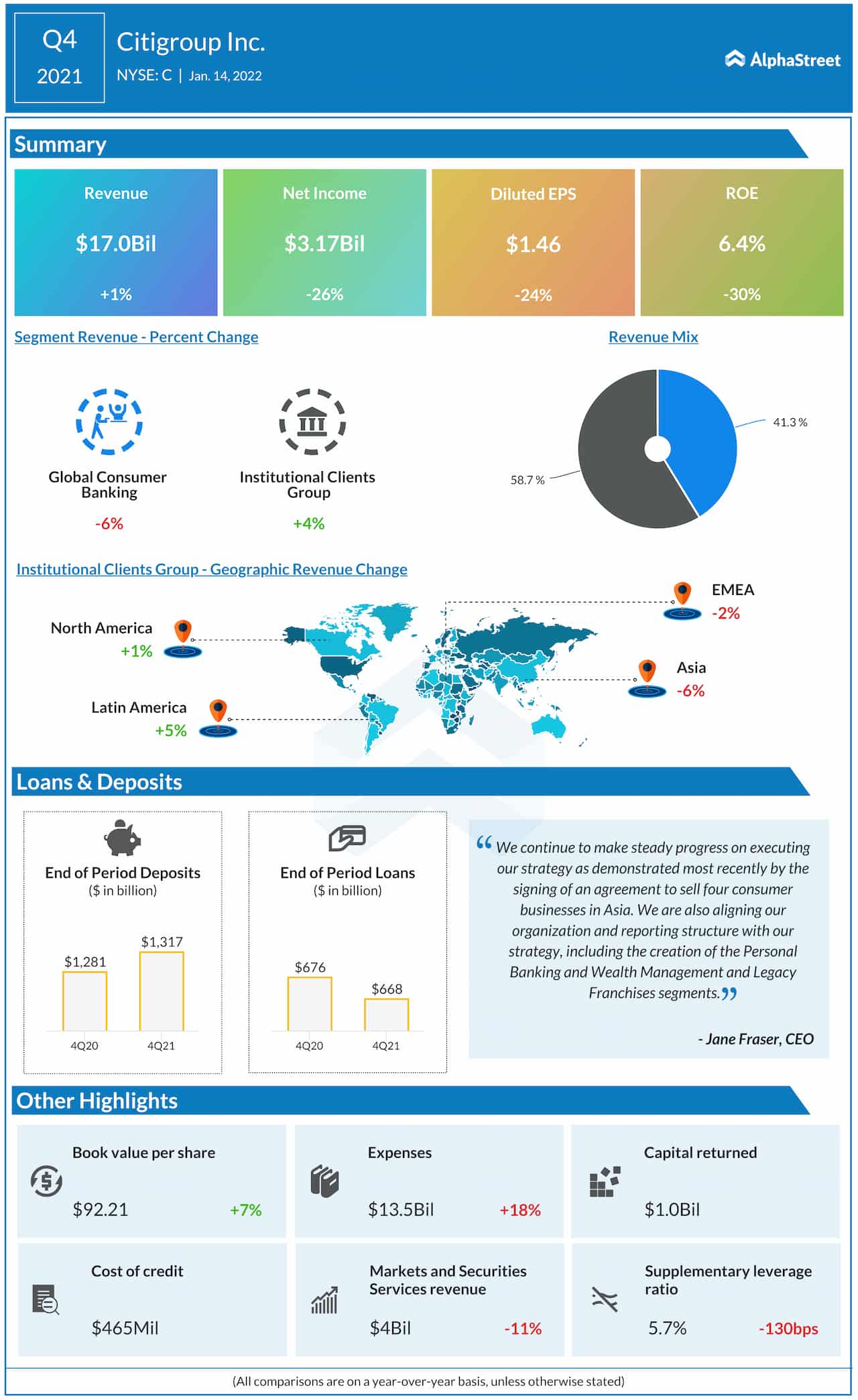 Fourth-quarter net profit declined to $3.2 billion or $1.46 per share from $4.31 billion or $1.92 per share last year but came in above the consensus forecast. Excluding the impact of Asia divestitures, earnings per share were $1.99, up 4%.

Meanwhile, total revenues moved up 1% annually to $17 billion and topped expectations, reflecting active customer engagement amid increased consumer and corporate confidence. At $92.21, book value per share was up 7% year-over-year.

Shares of Citigroup dropped early Friday immediately after the announcement. The stock has gained about 6% in the past twelve months.