The social networking site Facebook (FB) is set to report second-quarter earnings on Wednesday, 25th July, after the market close. Investors will be looking over the quarterly update closely, as Facebook enjoyed an equal dose of both good and bad things during the recently ended quarter.

As Facebook copes with an unfolding data scandal, it is also struggling with a global backlash. The company continues to be riled under controversies. Facebook has been involved in a series of controversies this year right from the Cambridge Analytica scandal. Just last week, CEO Mark Zuckerberg was criticized after he said that he would not ban holocaust deniers from Facebook site. This decision of Zuckerberg was criticized by civil rights activists in the US.

Not to forget the #DeleteFacebook movement, which revived again in March this year, made some loyal users come out of Facebook. So, investors would be eager to see whether the negative coverage damaged the company’s user base growth. In the last quarter, the social media giant reported that monthly active users (MAUs) climbed 13% year-over-year.

However, Facebook has been working aggressively to retain its users’ attention and it is doing so by constantly updating its applications such as Messenger, WhatsApp and Instagram. In fact, the photo and video-sharing social networking platform Instagram claims to have over 1 billion users. Recently, Instagram has unveiled the IGTV (the video content platform quite similar to YouTube). So investors need to wait and watch whether or not Facebook offers any updates on the success of this feature. As teens are abandoning Facebook, Instagram will be the driving force behind Facebook’s growth.

Facebook is also aiming to dominate the virtual reality space and made a huge investment in Oculus. In the recently concluded quarter, the company’s non-advertising revenue might get a significant hike from the virtual reality platform. Facebook launched the VR headset Oculus Go in May for $199. According to analytics firm SuperData, during the second quarter, Facebook sold roughly 290,000 Oculus Go headsets, which equals to $57 million of revenue. 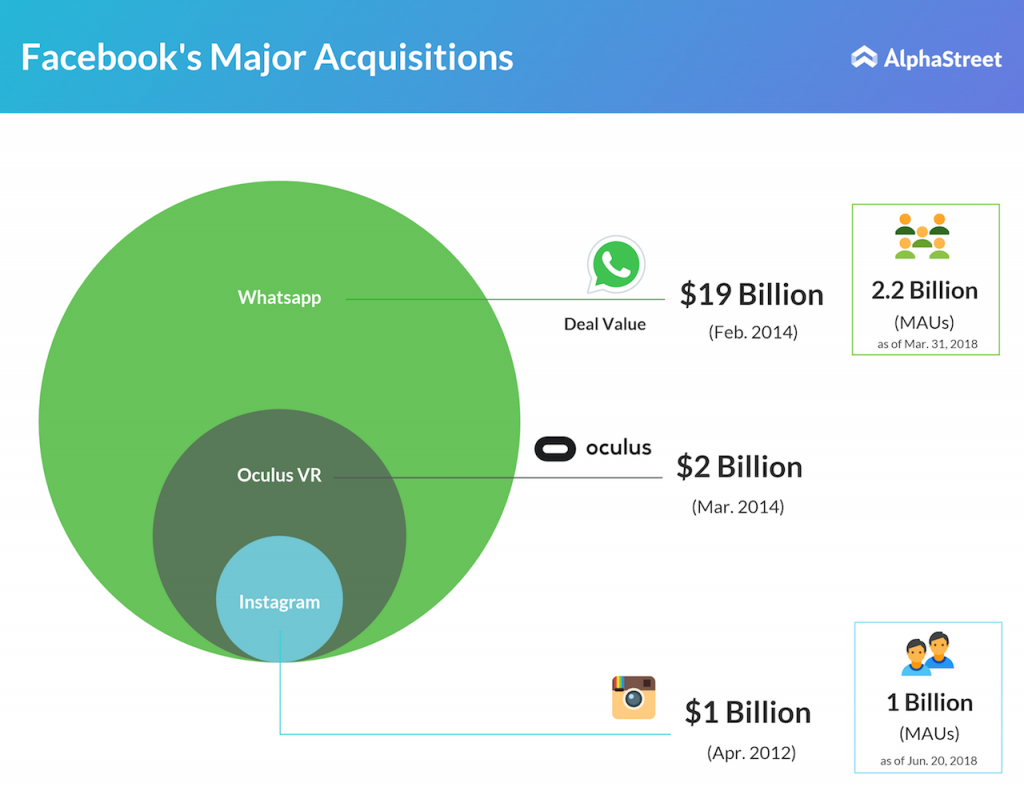 Facebook has an impressive record of surpassing the consensus estimates in recent quarters. During the recent first quarter, the company beat analysts’ estimate of $1.36 and posted EPS of $1.69. A similar earnings beat is expected even during the second quarter. Analysts expect the social media giant to report EPS of $1.75.

Though Zuckerberg has been warning investors that Facebook’s revenue growth would be slowing, that phase hasn’t come yet.  In the first quarter, revenue grew 50% year-over-year and analysts expect a similar growth even in the June quarter. Analysts estimate revenue to be around $13.43 billion.

According to Zacks, out of the 31 analysts covering Facebook, 24 recommend a “Strong Buy”, 4 recommend for a “Buy” and 3 recommend to “Hold” the stock. Shares of Facebook hit a new all-time high on Monday during the afternoon trading session.