Fastenal (FAST) is one of the few Wall Street companies that consistently managed to stay above its rivals. Catering mainly to business clients, the company’s scale of operation and vast distribution network allow it to offer services at competitive prices. That, combined with superior return on investment, made the stock a favorite among investors even during adversities.

In recent quarters, however, margins had come under pressure from rising costs and some not-so-impressive changes to the product portfolio. In all likelihood, these factors persisted in the June quarter too, putting a strain on earnings. However, there is enough reason to believe that they will be eclipsed by the more favorable conditions when the company releases its second-quarter results Wednesday before the market opens.

Wall Street analysts expect Fastenal, which provides industrial and construction supplies, to report revenues of $1.26 billion for the second quarter, representing a 12% growth from the comparable period a year earlier. They also see earnings growing 27% year-over-year to $0.66 per share during the three-month period.

As in the past, the focus area will be industrial vending machine installations, which registered better than expected growth throughout last year. There was a 14% rise in the number of vending machines operated by the company and a 5% rise in new machine contracts in the first quarter when both revenue and earnings increased in line with market expectations. 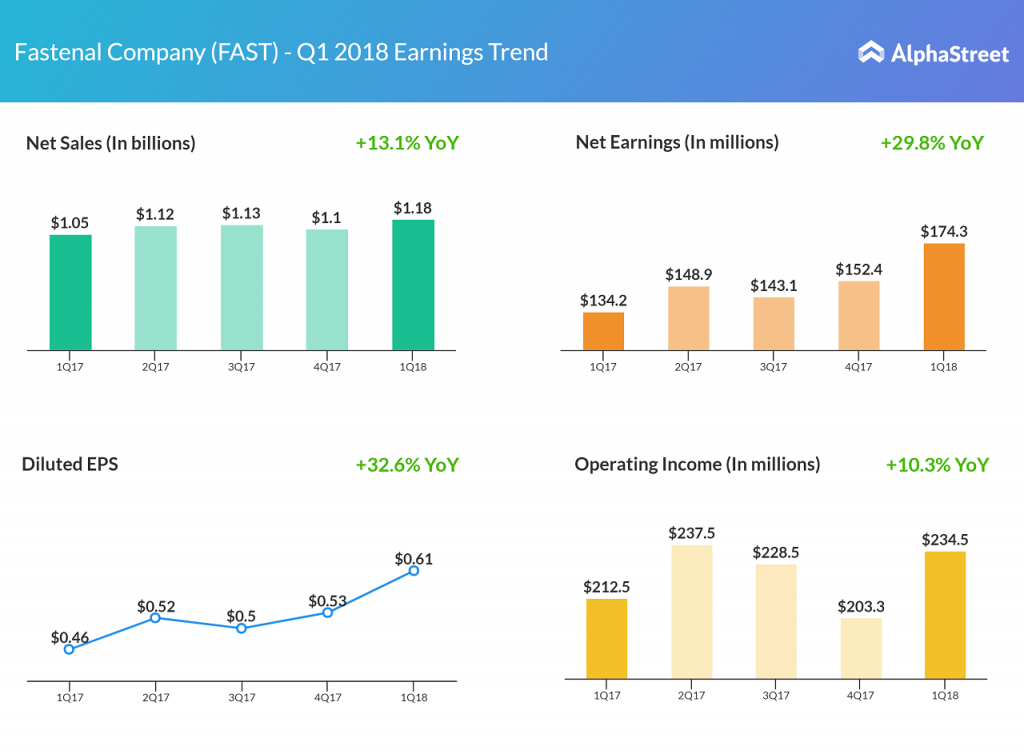 Investors are also pinning hope on the recent uptick in overall construction activity in key markets, a favorable condition that boosts demand for the company’s core products. These positive factors will be complemented by the customer-specific service called Onsite Locations that has become the preferred choice for many customers in recent times, a trend that helped Fastenal to expand its overall market share. In the March quarter, there was a double-digit growth in the number of Onsite Locations and sales generated through such locations.

Moreover, the company continues to benefit from the acquisition of the assets of its regional distribution partner Manufacturer’s Supply Company last year, thereby gaining access to several new markets.

Taking a cue from the strong fundamentals and positive outlook, most analysts have given ‘buy’ rating to Fastenal’s stock, which gained nearly 5% since last week when it plunged to the lowest level so far this year. The stock rose 3% during today’s regular session.