It’s been an abysmal quarter for social media companies so far, with two industry giants – Facebook (FB) and Twitter (TWTR) – seeing massive declines following earnings reports. As their rival Snap (SNAP) announces earnings on Tuesday after the closing bell, it is unlikely that the Wall Street will witness a different story.

Analysts expect the Snapchat parent to post an adjusted loss of $0.17 per share, higher than last year’s loss by a cent. Revenue is projected to increase around 38% to $251 million during the second quarter. Snap shares had earlier tumbled to a record low when it missed multiple projections during the first quarter. In fact, Snap stock has a habit of slipping following the earnings announcement, which is something that experts expect to happen in this quarter as well.

Both Facebook and Twitter were hurt by the stagnation of user growth, revenue growth, and margins. Increase in ad spend moderation as well as touching the threshold in user base in core markets had weighed on both the stocks, besides the rising need to innovate and expand.

Since higher ad spends moderation and need for technological expansion are industry-wide phenomena, it is likely to affect Snap as well. With regards to user count, it is difficult to imagine that users are migrating from Facebook and Twitter to Snapchat.  There are a few stats to back up this hypothesis.

Related: Instagram Stories has double the number of users than Snapchat

Instagram, a Facebook unit, has been consistently ranked above Snapchat on App Store last month, according to a survey by SimilarWeb. Also, while more people are posting Instagram Stories, Snapchat stories have seen a relative decline. Naturally, more users prefer to stick to Instagram.

Meanwhile, if the company does manage to pull off strong figures during the quarter, the chances of which as low, the stock will skyrocket.

In the long-term, the stock may reward its shareholders. But in the short-term, it’s strictly avoidable. 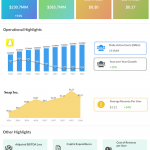