Tesla revealed in its SEC filing today that its CEO Elon Musk had bought the company’s stock for $25 million. Now he holds 33,737,921 Tesla shares. In early May, Elon bought 33,000 shares in the open market for little less than $10 million. Buying the automaker’s shares again within a short span of time shows Elon’s confidence on the company’s future.

Yesterday, Elon took a tough call and announced that 46,000 employees will be shown the doors as part of the company’s reorganization efforts. The Wall Street welcomed this move and the electric carmaker’s stock rose 3.2% when the market closed yesterday. 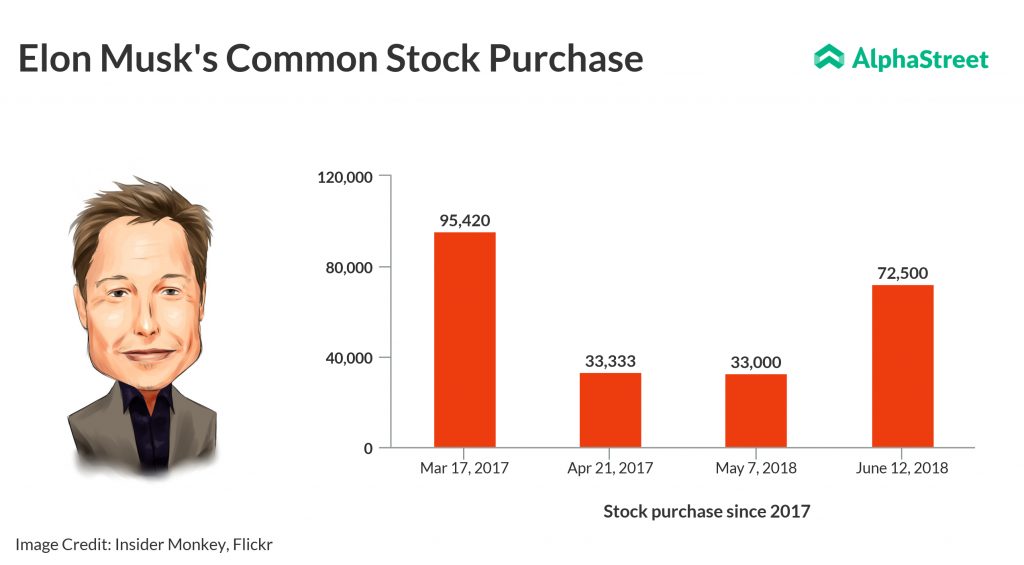 Tesla cuts 9% of its workforce

Shares of Tesla were marginally up by 0.6% at the end of today’s trading. During the shareholders meeting earlier this month, Elon Musk made many announcements including achieving the Model 3 production target of 5,000 units per week by June end, progress in Gigafactory, the outlook for Q2 and Q3, and Model Y delivery, to name a few.

Research reports say that when a CEO who holds at least 5% stake in the company repurchases its shares, the stock is expected to give strong returns. After this purchase, Elon Musk now holds about 20% stake in Tesla. Today’s news might bring in more cheers for Tesla investors and the stock could go up further tomorrow and in the near future.