At a time when workers are becoming increasingly aware of their rights, be it workplace behavior or wages, one company that has invited employees’ ire frequently is Nike (NKE). In recent times, there have been several instances of the management-staff relationship turning sour, especially after the sneaker giant embarked on a significant reshuffle coinciding with the unceremonious exit of brand president Trevor Edwards earlier this year.

What followed was a full-fledged management shakeup marked by a series of executive departures, possibly under pressure from those at the helm of affairs. The whole issue got a new perspective when CEO Mark Parker admitted a couple of months ago that there were flaws in the company’s workplace culture, and apologized to employees with a promise to take corrective measures.

Trouble started brewing again this week after four former employees came up with allegations of gender discrimination during their career in Nike. According to a class action lawsuit filed against the company, the women workers were paid lesser salaries compared to their male counterparts, and their career advancements were curtailed on the basis of gender.

They claimed that Edwards was dismissed following complaints that he caused and exacerbated a hostile workplace environment towards women. “Nike has a real good-old-boy’s culture,” said one of the plaintiffs, and pointed out that the punitive actions taken so far by the company were insufficient.

According to the complainants, the Beaverton, Oregon-based company breached the job contracts and discriminated against female employees for several years ‘intentionally and willfully’, denying their rightful wages and promotions. They also complained of inappropriate workplace behavior from former colleagues and alleged that no action had been taken against some of those responsible for their harsh experience.

The women further demanded that the company be made liable to pay damages for their lost compensation and benefits. The suit was filed Thursday in the District Court in Portland. Nike will face legal action under federal and state equal-pay laws if found guilty.

Nike shares, which gained nearly 27% since January this year, dropped about 1% soon after trading started Friday. 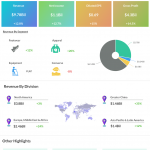