Cash flow from operations and asset sales were $8.1 billion, including proceeds associated with asset sales of $307 million. During the quarter, Exxon Mobil distributed $3.5 billion in dividends to shareholders. Capital and exploration expenditures were $6.6 billion, up 69% from the prior year, reflecting key investments in Brazil, the U.S. Permian Basin and Indonesia. 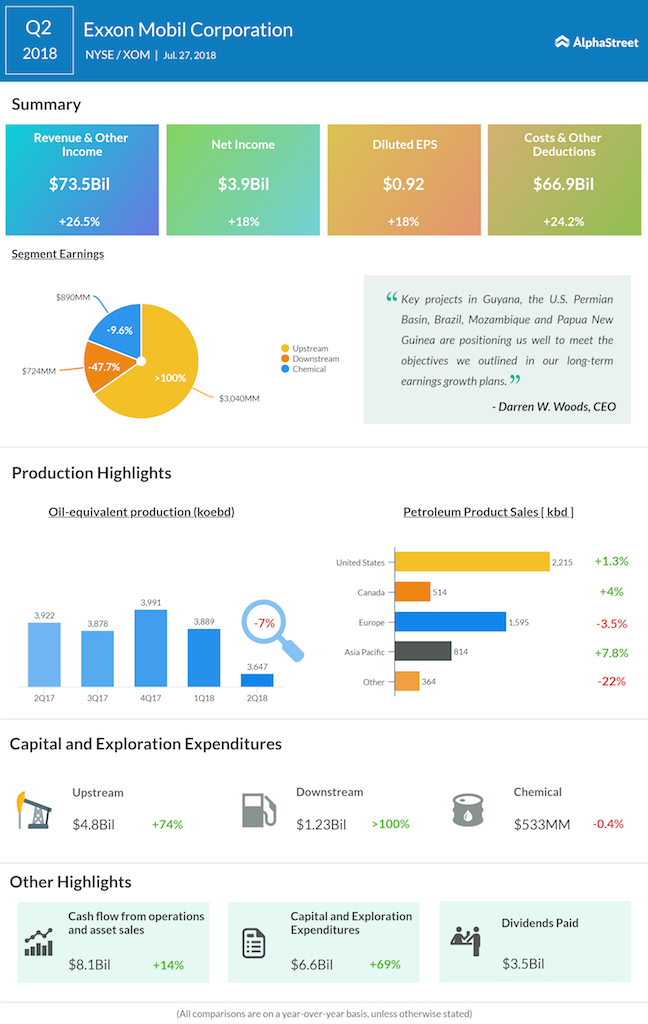 Exxon Mobil continued to make significant progress in growing the Chemical business. Q2 sales were the highest since 2007, and new volumes in Singapore and the US contributed more than 530,000 metric tons of sales during the quarter.

During the quarter, the company completed the purchase of half of Equinor ASA’s interest in the BM-S-8 block offshore Brazil, which contains part of the pre-salt Carcara oil field. Production from the field is expected to start in 2023-2024.

Fellow oil major Chevron (CVX) reported a surge in its earnings to $3.4 billion or $1.78 per share from $1.5 billion or $0.77 per share in the year-ago quarter. Despite the surge in the profit, Chevron’s stock fell sharply as it missed earnings estimate. Shares of Exxon Mobil didn’t move much both in the year-to-date period (-2.5%) and over the past one year (+1%). 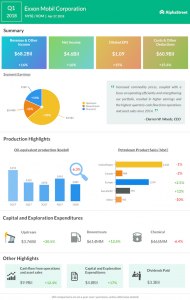