Cybersecurity company FireEye (FEYE) reported an 8% jump in first quarter revenue to $199 million, higher than the guidance range of $192 million to $197 million. The company’s billings, one of the key indicators for future growth, jumped 21% year-over-year to $175.1 million.

This improvement is significant as a slowdown in billings had troubled the company for many quarters. Billings narrowly beat the forecast of $165 million to $175 million.

However, following the earnings release, the FireEye stock fell 5.66% in after hours trading.

Net loss for the quarter narrowed to $0.39 per share, compared to $0.45 in the first quarter of 2017. On an adjusted basis, the company reported a loss of 4 cents a share during the quarter. 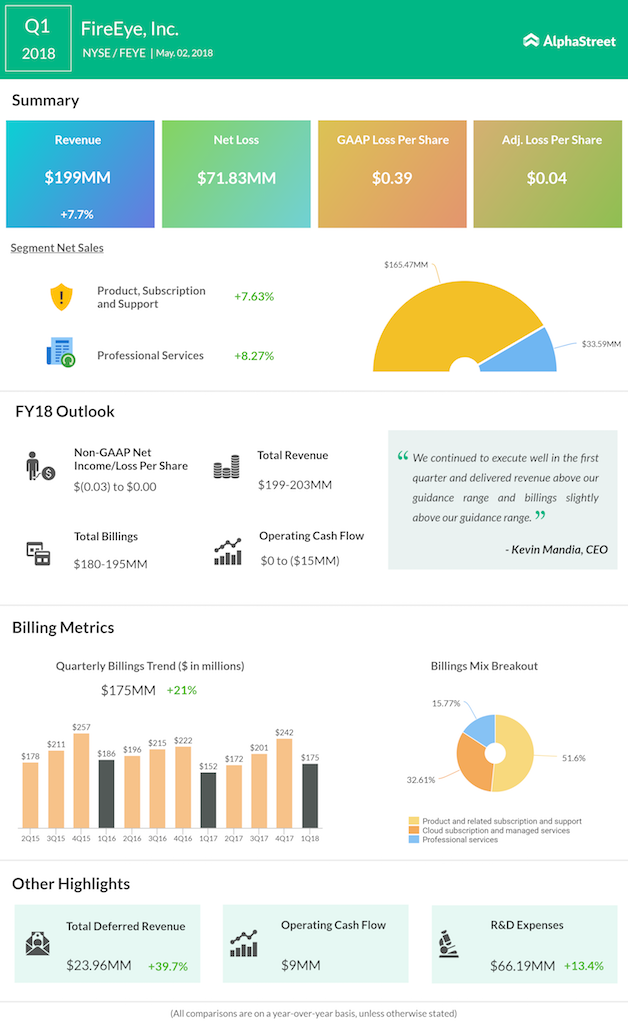 This improvement is significant as a slowdown in billings had troubled the company for many quarters. Billings narrowly beat the forecast of $165 million to $175 million.

“We also continued to drive innovation across our product portfolio, added new features and functionality, and updated our pricing and packaging,” said Kevin Mandia, CEO.

FireEye had introduced new business strategies in an attempt to revive its growth. It appears that the company is finally reaping benefits of its long-drawn transformation that included layoffs also.