FireEye (FEYE) reported a wider loss for the second quarter due to an increase in operating expenses. The top and bottom line came in above analysts’ expectations. Shares of the cybersecurity company fell more than 4% in the aftermarket session due to stable full-year forecast.

Net loss attributable to common stockholders widened to $72.9 million from $68.34 million a year ago, while loss per share narrowed to $0.38 from $0.39 due to higher weighted average shares. Non-GAAP results turned to breakeven per share from a loss of $0.03 per share.

Revenue increased 6% to $203 million. Sales growth was broad-based across all geographies and product families, and demand for its differentiated security products and services is increasing as it enters the second half of 2018. 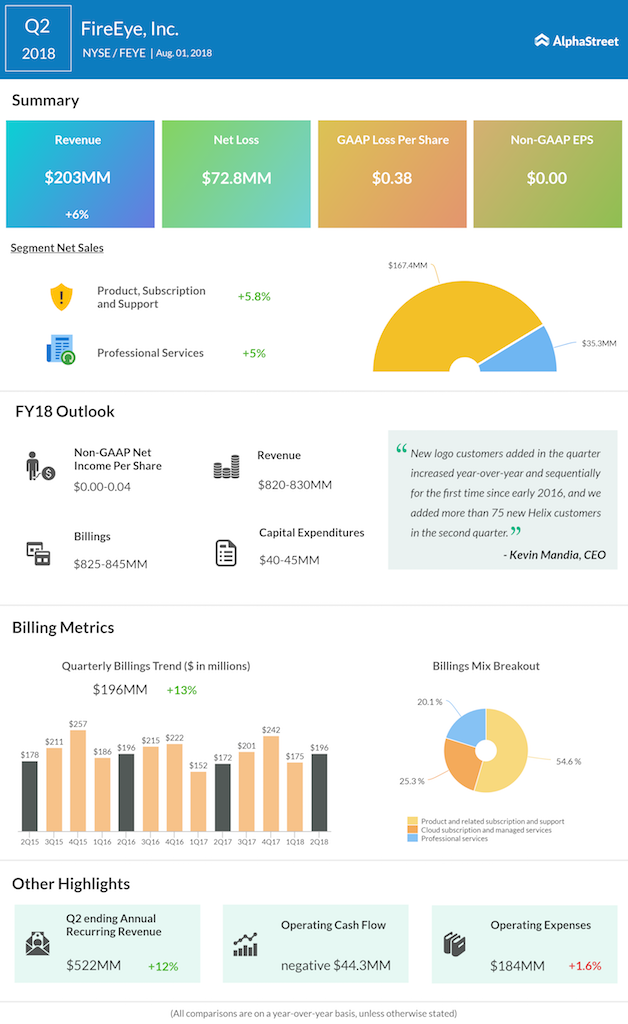 The company’s billings, one of the key indicators for future growth, jumped 13% year-over-year to $196 million. This is the second time billings has risen after a slowdown in billings had troubled the company for many quarters. Billings narrowly beat the forecast of $180 million to $195 million.

Shares of FireEye ended Wednesday’s regular trading session up 1.03% at $15.69 on the Nasdaq. The stock has risen more than 10% for the year-to-date and more than 6% for the past year. 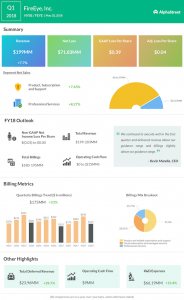