Walmart (WMT) – Flipkart deal was wrapped up recently at a valuation of $16 billion making it the biggest e-commerce deal ever. The controversial Flipkart deal, which is poised to generate a lot of action in India, has certain roadblocks that could derail the deal. But in order to win a bigger slice of the e-commerce market, Walmart is ensuring that all the proceedings go on smoothly. The latest development is that the Arkansas-headquartered company has agreed to comply by the Indian government’s requirement by paying a tax of $2 billion.

This deal is seen as a game changer as it will unleash a new battleground between Walmart and its main rival Amazon (AMZN). According to a report by FactoryDaily, Walmart has agreed on paying a retention tax of up to $2 billion to Indian income tax department. If the deal sails through and the withholding tax is accepted by the authorities, this would be the largest tax payment made. 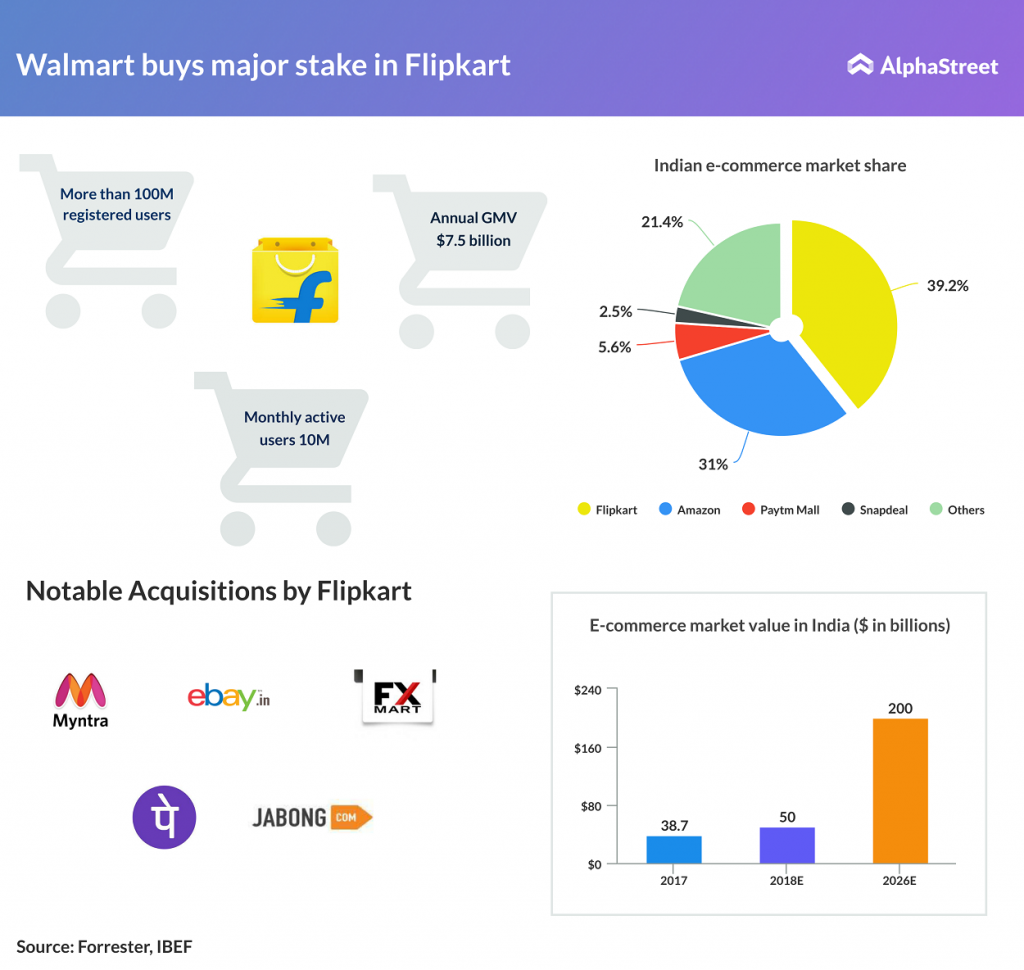 The deal currently awaits an approval from the Competition Commission of India (CCI), and sources claim that the fair trade regulator might bring in some structural changes to the deal. The deal has also received harsh criticism and opposition from groups such as Confederation of All India Traders (CAIT), All India Online Vendors’ Association (AIOVA), and Swadeshi Jagran Manch.

For Walmart, the market opportunity is huge in India. According to India Brand Equity Foundation, e-commerce industry in the world’s second most populated country is believed to grow up to $200 billion by 2026 from $38.5 billion in 2017. Much of this growth is aided by increased penetration of the internet and smartphones.

Walmart, which purchased 77% stake in Flipkart, is busy in accumulating funds for the deal and has set June 2019 as a deadline for completing this transaction.