The sports clothing and footwear retailer’s comparable store sales that had been in the negative territory for the past three quarters, narrowed sequentially to negative 2.8%. 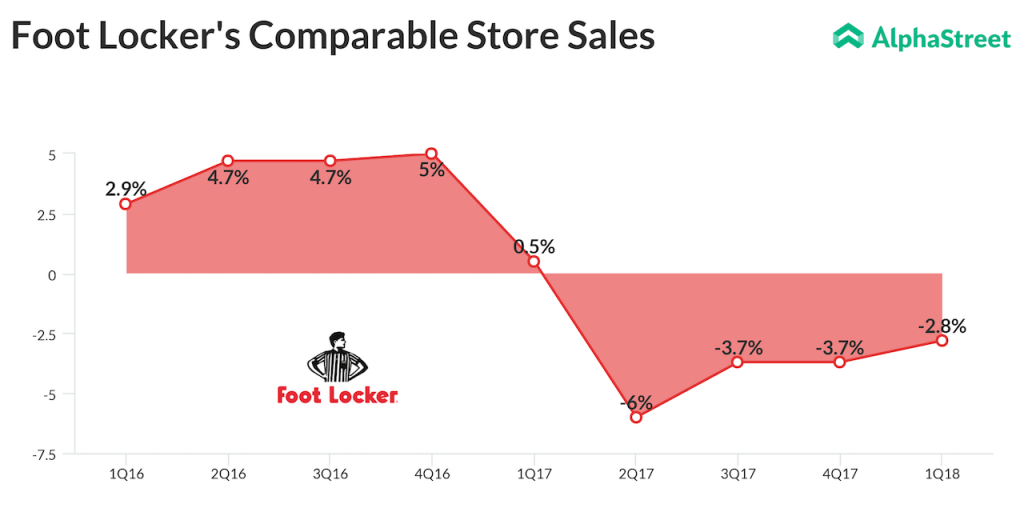 “The flow of premium product continues to improve, with increasing breadth and depth in the most sought-after styles from our key vendors. This led to first quarter results that were above our expectations,” said Richard Johnson, Chief Executive Officer.

Foot Locker’s sales have not been up to expectations chiefly due to the changes that have been happening in the retail space. Most of the big brands have been moving to the direct selling channel, which in turn has impacted retailers like Foot Locker.

Nike (NKE), Under Armour (UAA) and Skechers (SKX) are some big names that supply their products to the company. However, the slow but steady shift of these giants to the direct selling model could change the fortunes for Foot Locker if the company doesn’t take the necessary steps to curtail the move.

The company’s stock dipped big time in 2017, but has been seeing a slow rebound since then. The stock dipped as much as 22% over the course of last one year, while it narrowed its dipping trend since January this year declining 3%. The stock jumped 12% in pre-market trading.