For Facebook, German probe makes writing on the ‘wall’ clearer

If the German antitrust regulators have their way, Facebook (FB) could soon face legal action for allegedly misusing user data for commercial gains without consent. The company’s European operations, which recently suffered a major setback after being fined by regulators, will be in trouble once again when the Federal Cartel Office announces the initial verdict in an ongoing probe, considering its political and ethical ramifications.

The charges – which are most common in the lawsuits filed against the internet giant in recent times – include misuse of the social networking platform, taking advantage of its dominance in the sector and snooping on people, including even those who do not have Facebook accounts. The agency probing the case might not impose a fine on the company, but would rather ask it to adopt measures to stop the illegal practice. If the company fails to do so, the Cartel will seek action against it.

According to sources, the authorities are currently working with Facebook to assess the effectiveness of the initial steps taken by CEO Mark Zuckerberg a few months ago to bring more clarity on data usage.

The most recent antitrust episode indicates the ghosts of the data breach scandal involving the now-defunct Cambridge Analytica would continue to haunt Facebook and Zuckerberg for a long time. It has been found to have collected user information from third-party apps like WhatsApp and Instagram in an objectionable manner.

A major concern is that data gathered from millions of unsuspecting Facebook users was misused for propagating advertisements and news feeds aimed at influencing voters during the presidential polls –  an allegation that has been plaguing the company since President Donald Trump took office.

It is learned that regulators are planning to bring e-commerce companies also under their scanner since the extent of alleged data manipulation by internet companies is yet to be fully assessed. There are several grey areas where online marketplaces allow third-party websites to use their platforms to sell product and services.

Facebook’s stock, which has been struggling to stabilize after last month’s massive fall, gained nearly 2% during the forenoon trading session. 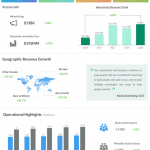