Fred’s Inc. (FRED) missed market expectations on revenues for the second quarter of 2018. Net sales dropped 4.3% to $419.7 million versus the same period last year. The Wall Street estimate for sales was $437.1 million.

Comparable store sales were down 3.5% versus a decline of 3% last year. Comp-store sales dropped 6.1% for the front store due to a reduction in circular marketing while for retail pharmacy, comp store sales fell 0.5%. 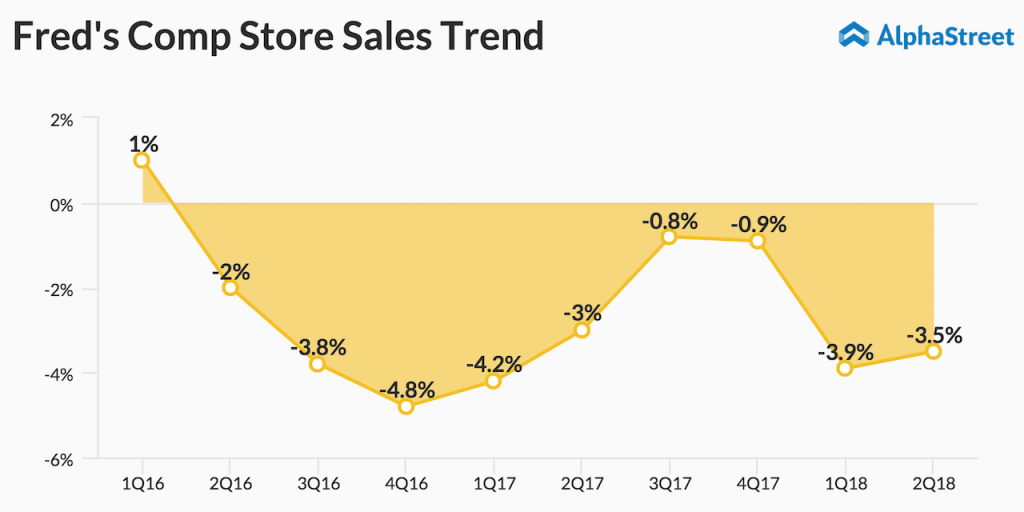 Gross margins decreased 405 basis points to 23.9% from 28% in the prior-year period due to prescription rebates in 2017 that did not recur in 2018, increases in remuneration fees and a shift in sales mix.

Earlier this week, Fred’s agreed to sell pharmacy prescription files of 185 stores to Walgreens Boots Alliance (WBA) for $165 million. The transaction, which is expected to close in Q4 2018, should allow Fred’s to reduce its ABL Facility balance significantly and focus on regaining profitability.

Fred’s stated that it has been working to reduce its debt and has made progress in rightsizing costs over the past few months. The company is optimistic that it can stabilize revenues and improve free cash flow over the remainder of this year and thereby gain momentum in 2019.