A freefalling stock and progressively shrinking dividend are something investors dread the most, and things turn really depressing when it comes from one of the largest corporates in the world. It’s been a long time since investors heard anything positive from General Electric (GE), which seems to be on a never-ending restructuring spree.

The talks of a comprehensive restructuring at GE were in the air for quite some time, and the hype is often as big as the company itself. The first significant move in that direction came in mid-April, when the new CEO John Flannery announced the sale of GE’s healthcare IT businesses for about $1 billion.

While the deal value may look insignificant considering GE’s market value, it is believed the transaction has more to do with the company’s efforts to avoid another dividend-cut than strengthening capital. Ironically, before taking over as CEO, Flannery was the head of GE Healthcare. 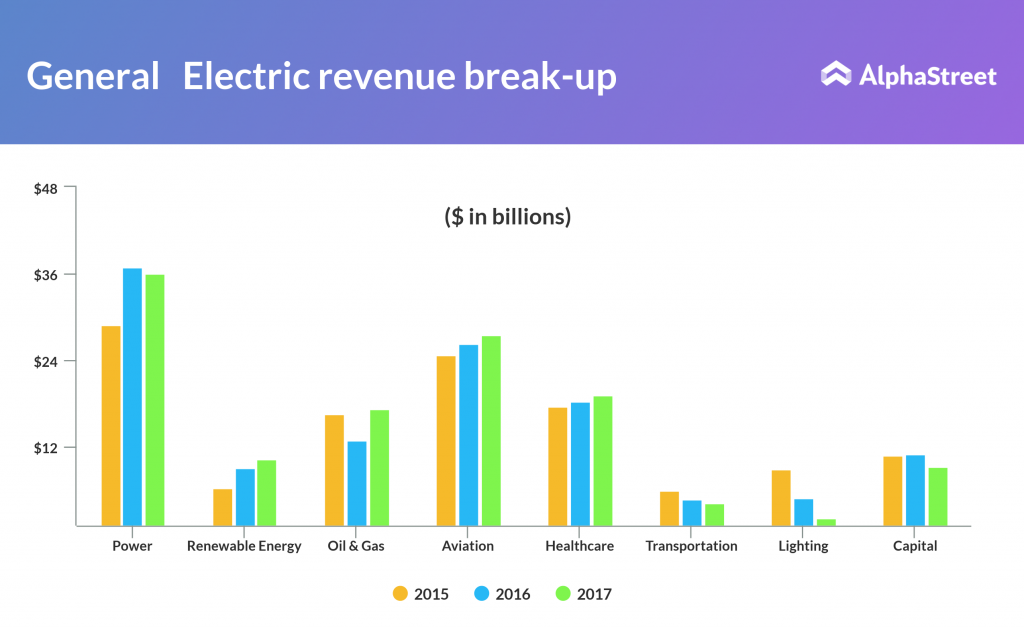 A bolt from the blue

GE’s underlying financial strain was exposed to its countless shareholders when the company slashed quarterly dividend by 50% to $0.12 per share in November last year. The last time the cash-strapped company lowered dividend was nearly a decade ago when its market value was hit hard by the economic crisis. However, experts do not rule out another dividend cut in the near term, sensing the underlying caution in the CEO’s recent statements about the complexity of the ongoing liquidity crunch.

GE shares made a modest recovery at the beginning of the year after a long-drawn losing streak, only to retreat in the weeks that followed. The stock, which plunged about 22% so far this year, traded slightly higher during Friday’s regular session.

All set to cut the flab

A few months after taking the reins at the Industrial juggernaut in August 2017, Flannery unveiled a plan to raise about $20 billion by divesting non-core businesses and to focus on the healthcare, power and aviation segments.

A month after the first major asset sale under Flannery’s regime, GE sold the majority stake in its struggling transportation business to Wabtech for $11 billion. GE Transportation, which the company owned for more than a century, is engaged in the production of locomotives and mining equipment. Though the transaction sent the right signal to the market and triggered a stock rally, the euphoria died out soon probably due to the low valuation.

Meanwhile, GE is facing difficulties in selling its lighting division, a business the company pioneered during the initial years of its conception, due to lack of potential buyers. In the case of the other deals involving under-performing units, buyers were apparently lured by the industrial giant’s extensive presence in the international markets.

Flannery took over at a time when GE was facing a severe trust deficit, a condition that is yet to improve. In that regard, the company needs to go a long way before investors consider putting their money in its stock.

By getting rid of non-core businesses, GE is definitely doing the right thing. But, it needs to scale up the asset sale program in a systematic manner to achieve the desired goals – raising capital for future investments, streamlining dividend and unlocking shareholder value. Considering GE’s peculiar situation, it should be noted that spin-offs and divestitures alone would not salvage the stock that hit a near-10-year low this week.

It needs to be seen to what extent Flannery would succeed in revitalizing the company that offered cutting-edge solutions to some of the world’s toughest engineering challenges, covering more than 180 countries. To win the confidence of the disillusioned investors, Flannery will have to come up with a more effective strategy.

For that, he needs to step out of the safe zone and take calculated risks, while also delivering on the promises already made. There is widespread skepticism that Flannery’s ideas lack the level of clarity required to resolve the mammoth problem GE is currently facing.

Having said that, the company’s recent foray into analytics and additive manufacturing, which involves the 3D printing technology, is widely seen as a promising step towards innovation.

The numbers say it all

GE registered a 1% drop in revenues in 2017, when adjusted earnings came in just above one dollar – at the lower end of the company’s downwardly revised guidance. During the year, the main driving forces were the aviation and healthcare segments, on the performance front.

The otherwise-muted top line affected cash flows, resulting in a series of layoffs and a dividend cut. Adding to the woes was huge charges incurred by Power Conversion and GE Capital. Last year, the company returned $12.1 billion to investors through stock repurchases and dividends.

In the first quarter, GE posted a 14% increase in earnings to $0.16 per share, once again on the strength of the aviation and healthcare divisions, which pushed up overall revenues by 7%.