GoDaddy Inc. (NYSE: GDDY) slipped to a loss in the second quarter due to higher costs and expenses as well as a loss on debt extinguishment. The bottom line missed analysts’ expectations. Further, the company appointed Aman Bhutani as its new CEO, effective September 4, 2019, replacing Scott Wagner, who is stepping down for health reasons.

A nine-year veteran of Expedia Group, Bhutani most recently served as the President of Brand Expedia Group. GoDaddy believed that Bhutani would be an exceptional leader after leading Brand Expedia to a healthy double-digit revenue growth. 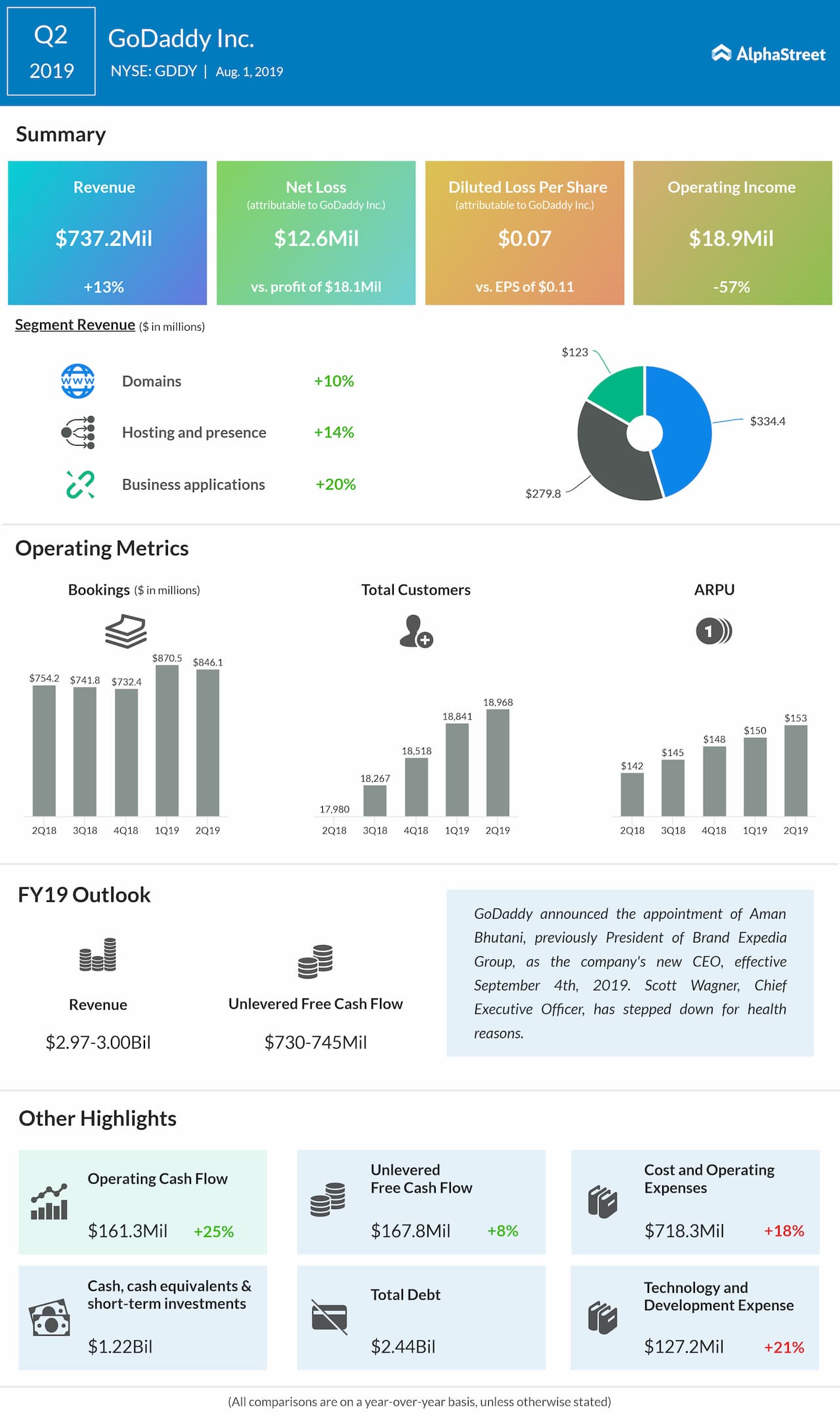 For the full year 2019, GoDaddy still expects unlevered free cash flow in a range of $730 million to $745 million, representing growth of 18-20% versus 2018. GoDaddy now expects full-year cash interest payments of about $80 million to $85 million.

Shares of GoDaddy ended Thursday’s regular session up 1.16% at $74.23 on the NYSE. Following the earnings release, the stock declined over 4% in the after-market session.