Google (GOOGL) is apparently toying with the idea of making it big in the gaming sector, taking down industry stalwarts including Microsoft (MSFT) and Sony (SNE). The speculations first surfaced during the start of this year when the search giant snagged Phil Harrison, a video game executive who has spent a considerable amount of time at Sony and Xbox. If certain reports are to be believed, gamers could soon be playing high-end games such as Witcher 3 in a Chrome tab on a low-end PC.

According to industry speculations, Google is intending to bring its own gaming platform, along with a dedicated console and streaming service. The project codenamed ‘Yeti’ will let gamers play all titles in their low-end devices, according to the Kotaku.

Google already has a decent gaming presence through YouTube Gaming. And the console is expected to come with its own devoted graphics or it will operate as a connector to the game streaming service. Meanwhile, it is also expected that Google would make some major acquisitions in this regard, buying development studios and recruiting game developers, besides building a strong relationship with game publishers. 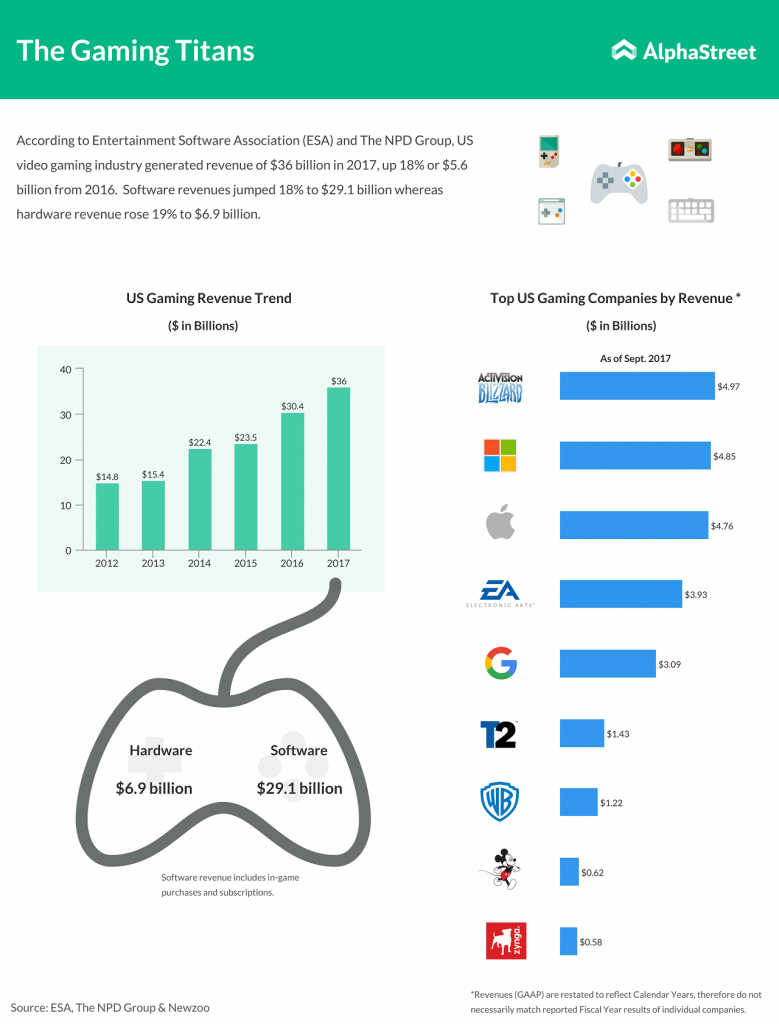 On the other hand, not much has so far been revealed about the pricing of Google’s console, or whether it will be cheaper or dearer than Xbox or PlayStation.

Nintendo, a frontrunner in the gaming segment, will be a key competitor to Google, as it is expecting to earn $902 million this year from mobile games. Nintendo’s Super Mario Run surpassed $60 million in revenue globally with nearly 77% coming from Apple (AAPL) App Store and 33% from Google Play Store.

Related: The Clash of Gaming Titans

Market observers feel it is quite possible for Google to take up a lion’s share of the global gaming market, thanks to its dominant position in the search engine space as well as its smartphone penetration through the Android platform.

Related: If you are not investing in gaming stocks, you shouldn’t be investing!