GoPro got famous and went boring

From a humble wrist watch for surfers to the king of action cameras, GoPro has come a long way.

However, the action-cam giant has recently hit some heavy turbulence.

GoPro has had its good and bad patches from the time it was founded. The camera itself came into being in 2002 when Woodman went on a five-month trip to Australia, post the failure of his dot-com venture Funbug. During his vacation, he found it hard to take the action photos with the available equipment — and to top it; they were not affordable. Amateur surfers just surfed, with no one reliving it.

To move forward, GoPro needs to go back to the basics

In 2014, the company went public selling 17.8 million shares to its initial investors at $24 a share. One of the reasons the company went for an IPO was to establish itself as a media giant — in a bid to make more money by selling the content created from its cameras. The same year, Hero 3 won the Science and Technology Emmy award in the category of Inexpensive Small Rugged HD Camcorders and for its contribution to film and TV production.

At its high, GoPro’s stock touched $86 per share in 2014. But that was it.
Apple came with the iPhone 6s with 4K video support. And those still interested in smaller gadgets switched to Chinese competitors selling similar but far inexpensive products

The stock currently stands at $5.46, far below its IPO price. With GoPro footages flooding the internet, the fad quickly died. To move forward, GoPro needs to go back to basics — bring out something marvelous and disruptive. Else, it is bound to be forgotten. 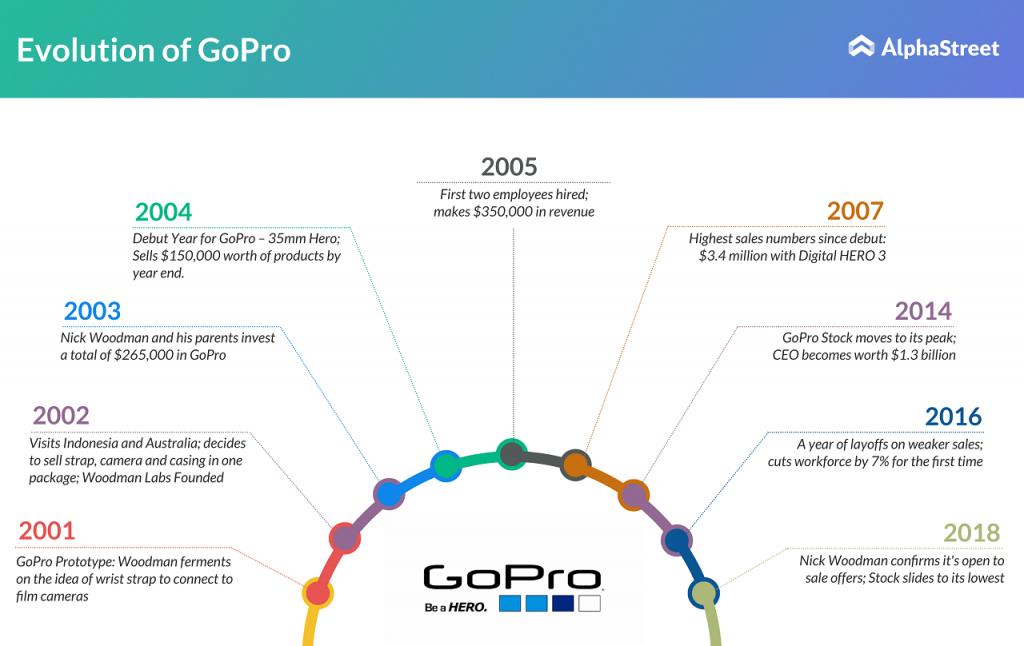