Net income doubled to $30.1 million or $0.33 per share, compared to $14.8 million or $0.17 per share in the prior-year quarter while revenue swelled 51% to $159 million. The company’s top and bottom line results benefited from the hike in first-time diners trying Grubhub. The Chicago-Illinois based company has been expanding its delivery capabilities in several cities in the US. Last week, the company added dozens of additional markets across 17 states in the US. 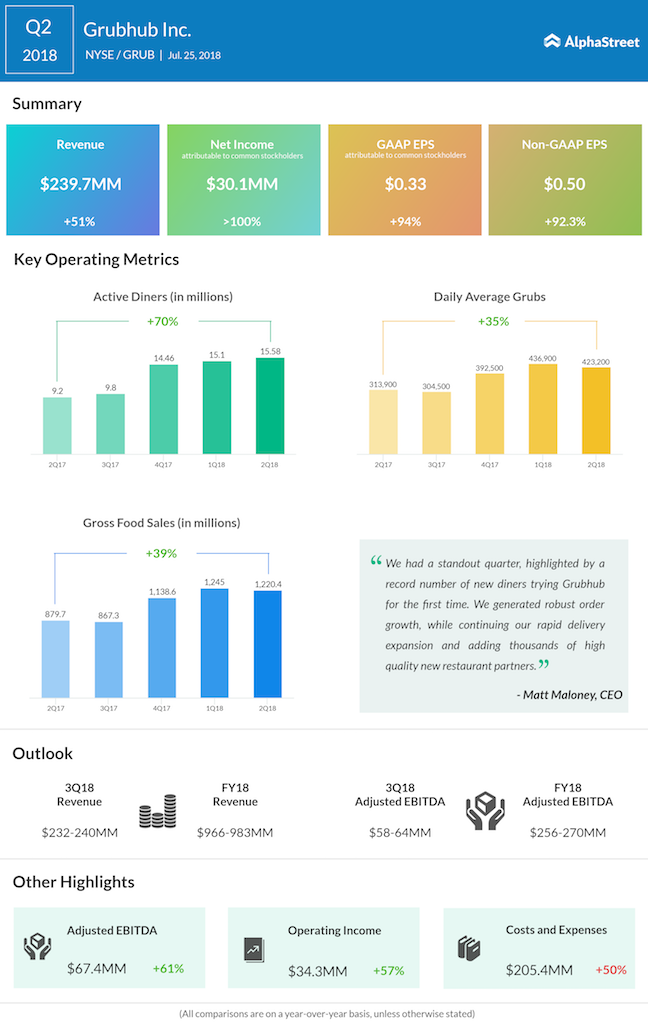 Grubhub also reported that it would acquire the seven-year old start-up firm LevelUp for $390 million. This deal will help Grubhub provide more channels to attract and engage diners and increase volume from existing diners.

“By becoming a part of Grubhub, we take our biggest and most exciting step in achieving that mission. Together, we will provide restaurants with everything they need to grow profitably as more and more diners opt for the convenience, transparency and control of ordering online,” said Seth Priestbatsch, LevelUp’s CEO.

Shares of Grubhub jumped over 25% today in the morning trading session and achieved a new all-time. The stock ended in red during yesterday’s trading session and closed at $109.06. The company had a dream run both in the year-to-date period as well as in the past one year period surging 87% and 195%, respectively.