Profit for the quarter jumped to $511 million or $0.58 per share from $28 million or $0.03 per share last year, which included impairments and other charges related to a write-down of all of its remaining investment in Venezuela.

On a sequential basis, Halliburton made good progress in North America in the second quarter with revenue jumping 9% to $3.8 billion due to higher activity throughout the US land sector within the majority of its product service lines. Lower pressure pumping activity in Canada and reduced drilling fluid activity in the Gulf of Mexico hurt the revenue in North America. 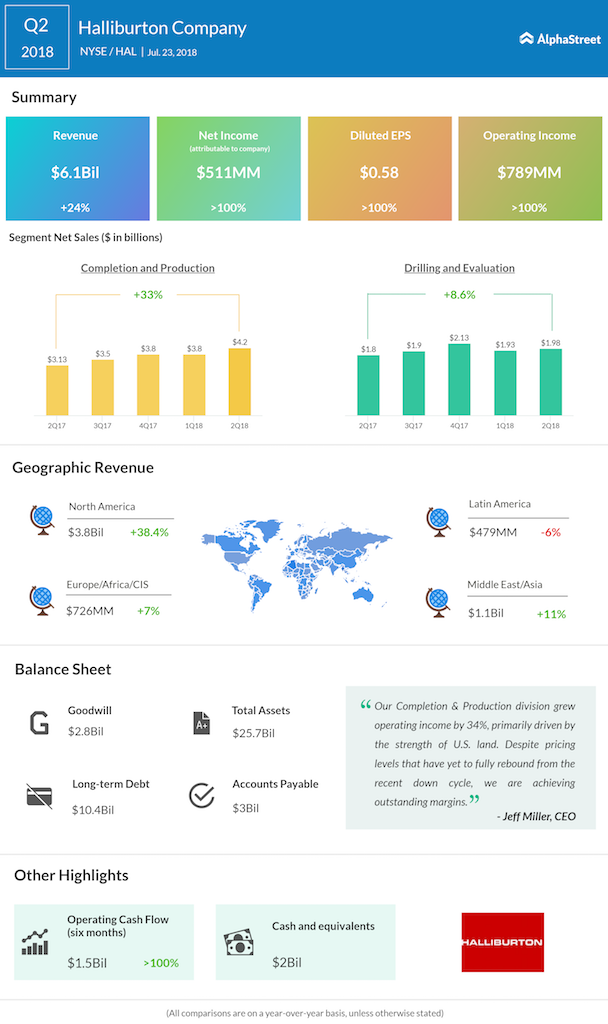 As the company has been reporting double-digit increases in its North America region over the last five quarters and is becoming more reliant on this region, it doesn’t bode well for Halliburton’s growth in the coming quarters. The company will have to look for growth opportunities in other regions as well to reduce its reliance on North America.

Halliburton shares ended Friday’s regular trading session up 0.53% at $45.20 on the NYSE.