In the three-month period, HD Supply Holdings turned to a profit of $92 million, earning $101 million more than last year’s loss of $9 million. Net income was 52 cents per diluted share, compared to a five-cent loss a year ago. 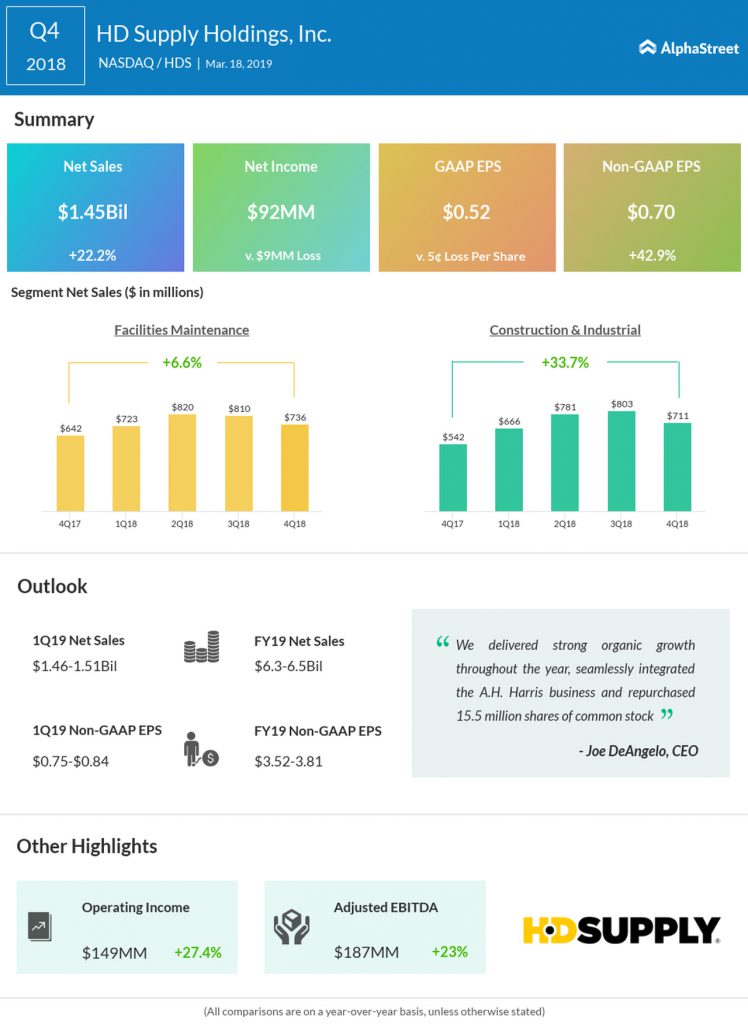 As of Feb. 3, 2019, HD Supply’s combined liquidity was $589 million — $38 million in cash and cash equivalents and $551 million of additional available borrowings under its senior asset-based lending facility.