Here is another blow for Bed, Bath & Beyond

Things are going from bad to worse for Bed, Bath & Beyond (BBBY). Last week, the home furnishing retailer reported its fourth quarter results. The company gave a bleak outlook for 2018 due to stiff competition and increasing expenses. The outlook provided by the retailer irked investors since it missed Street estimates. The stock soon took a severe beating post the results, trading at 10-year low levels.

On Tuesday, S&P downgraded the credit rating of the retailer to ‘BBB-‘ — the lowest provided by the agency. This is a deafening blow to the retailer, which might result in the loss of prospective lenders. It could also increase the interest payments on existing debt. After all, the company did report a $1.5-billion long-term debt at the end of fourth quarter. 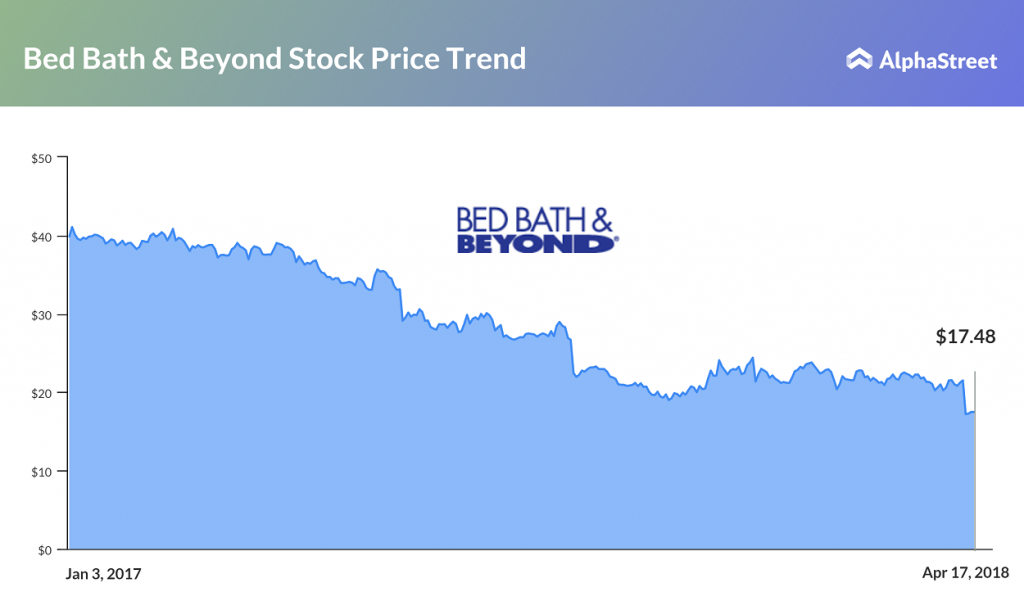 S&P also has added that it might push the bond rating to junk status, if the retailer cannot steady the ship amidst fierce competition from e-commerce and discount retailers. In January, rating agency Moody’s downgraded the rating to Baa2 (two levels above junk) for the company.

The retailer is struggling with declining same-store sales and rising expenses, resulting in lower margins. It also failed to tackle the onslaught of online retailers apart from its traditional peers. CEO Steven Temares and his team have a daunting task at hand.

It’s high time for the firm to look at closing down stores which aren’t making money, getting the right product mix in its stores, and improve the digital experience for users. Experts also have been pointing to the fact that it’s operating under too many different brand names with hardly any differentiation on the products or customers they are catering to. It’s a classic case of problem of plenty!