Hibbett Sports (NASDAQ: HIBB) reported a wider loss in the second quarter of 2020 due to higher costs and expenses despite a 20% increase in net sales. The bottom line was narrower than the analysts’ expectations while the top line missed consensus estimates.

Net loss was $8.8 million or $0.49 per share compared to a loss of $1.2 million or $0.06 per share in the previous year quarter. Excluding non-recurring costs, the adjusted loss was $2.4 million or $0.13 per share, including $0.09 for the one-time executive compensation costs related to the CEO’s transition.

Net sales soared by 20% to $252.4 million helped by the addition of City Gear. Footwear sales continued to drive the business along with positive sales in activewear and accessories connecting to footwear products. Comparable store sales increased by 0.3% and will not include sales from City Gear until the fourth quarter of fiscal 2020. E-commerce sales represented 8.6% of total sales for the second quarter. 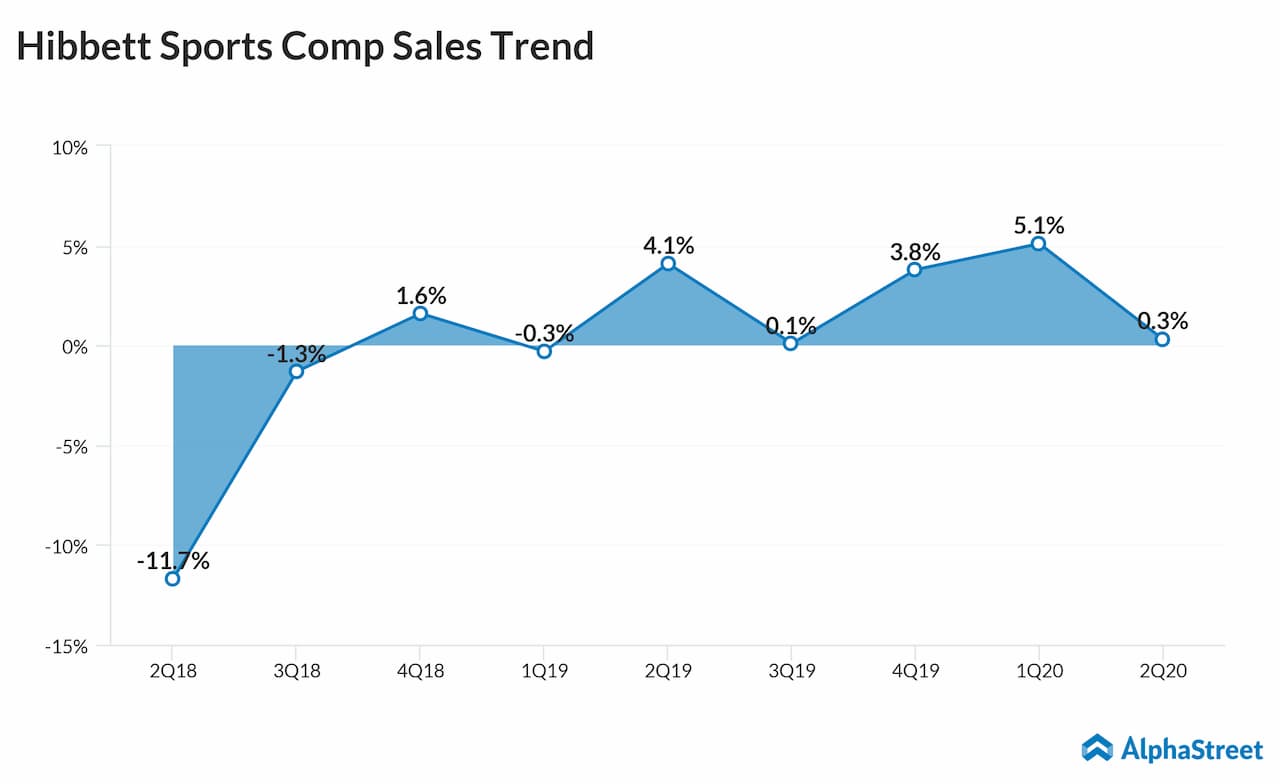 As the retail environment continues to evolve, the company is focused on improving the productivity of the store base while continuing to grow its omni-channel business. As earlier reported, the company is proceeding with the closing of about 95 Hibbett stores in fiscal 2020, which is expected to result in non-recurring impairment and store closure charges in the range of $0.10 to $0.15 per share in fiscal 2020.