This $469 smartphone is already a better pick than iPhone XR

If you think the Apple event was one-of-a-kind “special”, think again. Except for Watch Series 4, Apple seems to be tracing the path of Android.

Now before you protest, we’ll just say this.

The budget OnePlus 6, which was released in May this year, has already kicked the behind of the newly launched iPhone XR in specs. Yes, a $469-smartphone just beat a $769-iPhone.

While there are no surprises, the OnePlus flagship device is also giving the superior iPhone XS a run for the money. While it just falls short on the specs, one should remember that its successor is rumored to hit in a month – the OnePlus 6T.

Along with a rumored on-screen fingerprint reader and talks about triple rear-cameras, the 6T is also expected to be by about $550.

Now that the 6T is yet to hit markets, we’ll pit the already released OnePlus 6 against the new iPhone XR

Let us know what you think about which one you’d pick and why. 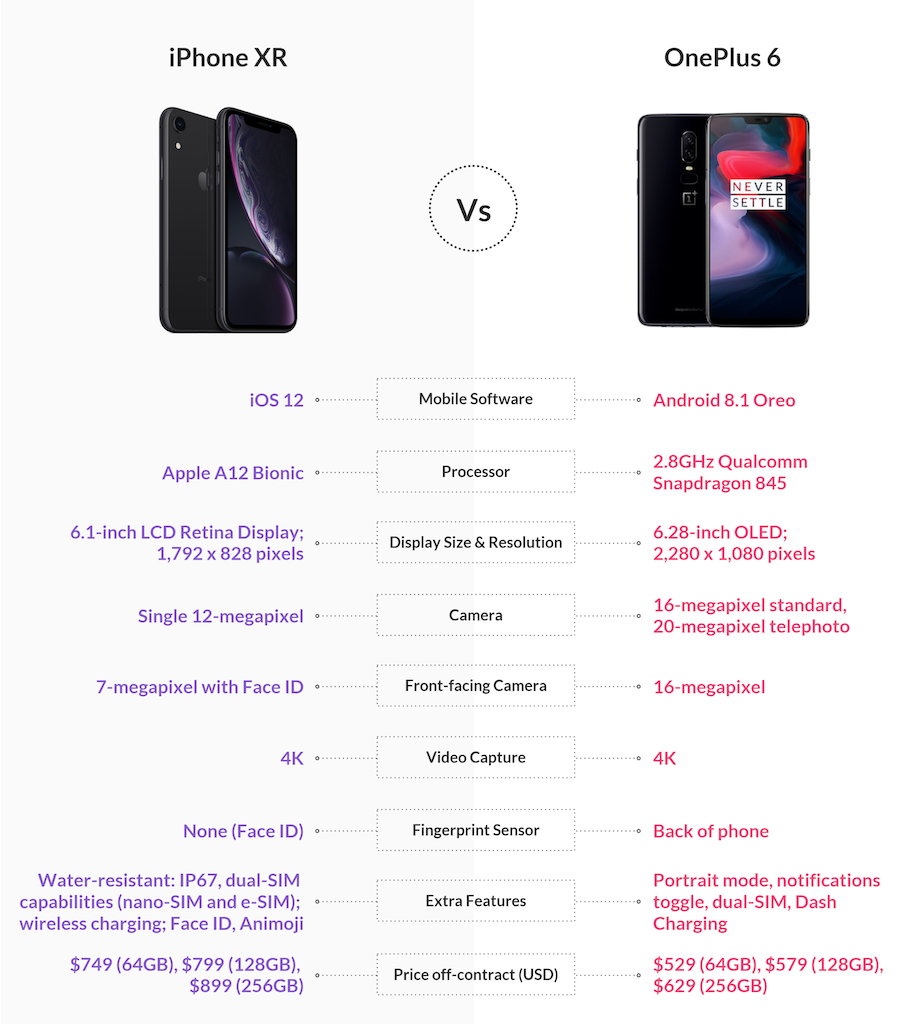