What to expect from iQIYI Q2 earnings on August 19?

iQIYI (NASDAQ: IQ) subscriber base touched 100 million mark in June aided by growing subscriber base and demand for quality content at an affordable price in China. However, the streaming giant has been facing multiple headwinds like the trade war between the US and China, economic slowdown, muted advertising sales along with increased costs dragging the bottom line.

The company’s stock has recovered 17% this year, still it is down 39% in the last 12 months. Amidst this backdrop, iQIYI is planning to report its second quarter results on Monday after the bell. Investors would be looking for more insights from the management on how the streaming company is tackling headwinds and the planned international expansion.

iQIYI is anticipating revenue to come in the range of RMB6.91 billion (US$1 billion) and RMB7.29 billion (US$1.1 billion), an increase of 12-18% from last year. The company didn’t provide earnings outlook for the second quarter. Analysts are estimating top line of $994 million and loss per share of 42 cents. Going by the projections, the company could beat the estimates without any hiccups. 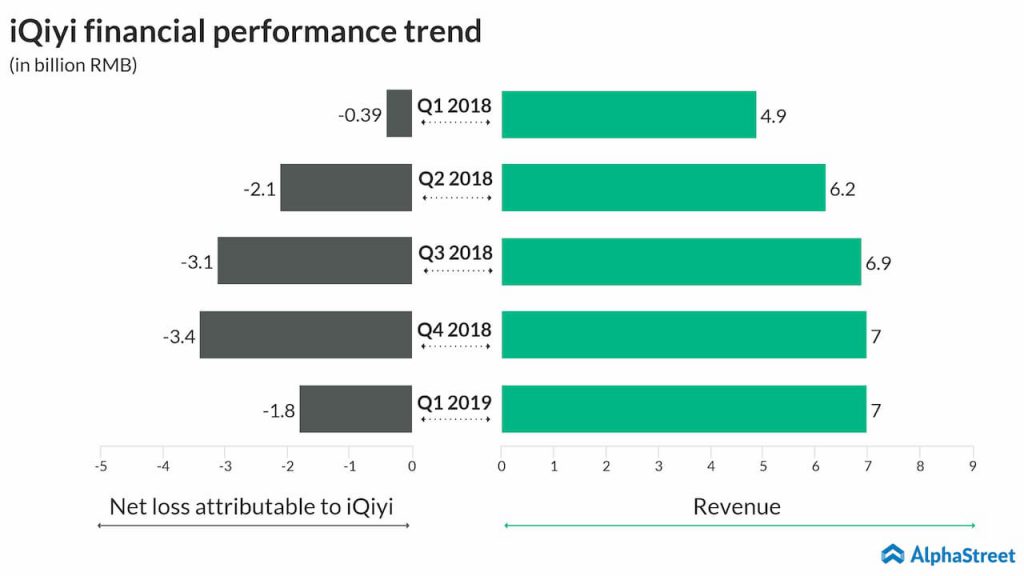 iQIYI is dubbed as the Netflix of China. The company was spun off from the Chinese giant Baidu (BIDU) with the IPO in April last year. The streaming firm’s subscriber addition has been impressive from last year. It’s worth noting that out of the total memberships, over 98% of them are paid subscribers. Last quarter, membership revenues brought in 50% to the top line growing 61% over prior year period.

On the flip side, advertising revenues came in flat in the first quarter hurt by tough macros and continued weakness in the in-feed advertising. The management has already hinted last quarter that the weakness in the ad business might continue into the latter half of the year.

Content distribution and other revenues also witnessed strong growth last quarter, offsetting the weakness in the ad business. Investors would be expecting the trend to continue into the second quarter as well.

Similar to Netflix, iQIYI has been investing on producing original content. Last quarter, out of the $1.1 billion cost of revenues, nearly 72% went to content production. The company believes the investments are going to increase the moat compared to its peers and bring in sustainable revenues and subscribers in the long-term. 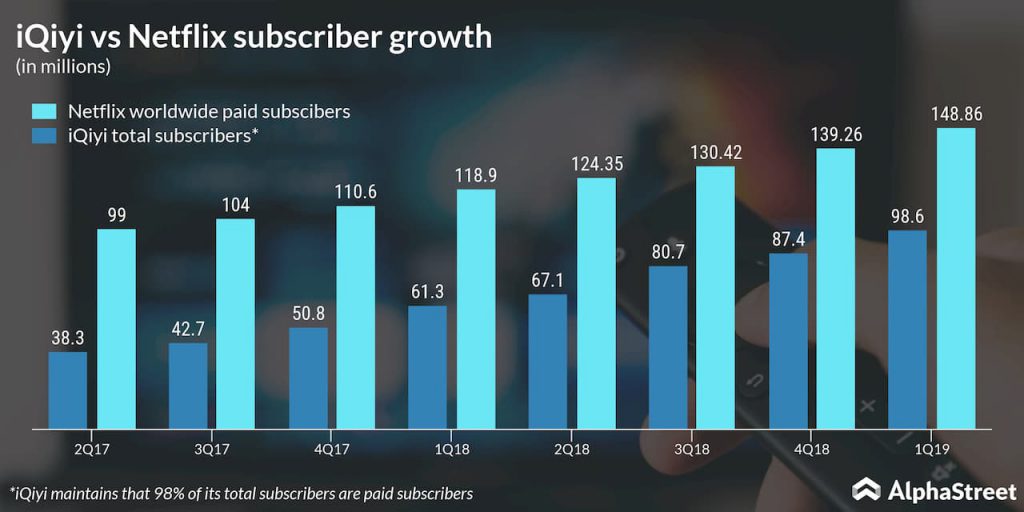 In the first quarter, iQIYI reported a 43% increase in revenue backed by a 58% jump in subscriber base. Analysts had projected revenue of $1.03 billion. Loss per share came in at RMB 2.52 ($0.35), narrower than the street estimates of $0.52 loss. At the end of the Q1 period, the streaming giant had 96.8 million subscribers, of which over 98.6% were paid members.

For the third quarter, the street is guiding revenue of $1.11 billion and loss of 56 cents per share. When it comes to fiscal 2019 consensus, top line is expected to touch $4.3 billion and loss per share to contract from last year’s $2.53 level to $1.81.