Despite the Q4 earnings miss, Jack in the Box stock rises

Jack in the Box (JACK) reported mixed fourth quarter results. Earnings of $0.77 per share missed analysts’ estimates, while revenues of $177.5 million surpassed the analysts’ views. Company same-store sales increased 0.8% compared to the fourth quarter of 2017. The stock was up about 3% during the extended hours. 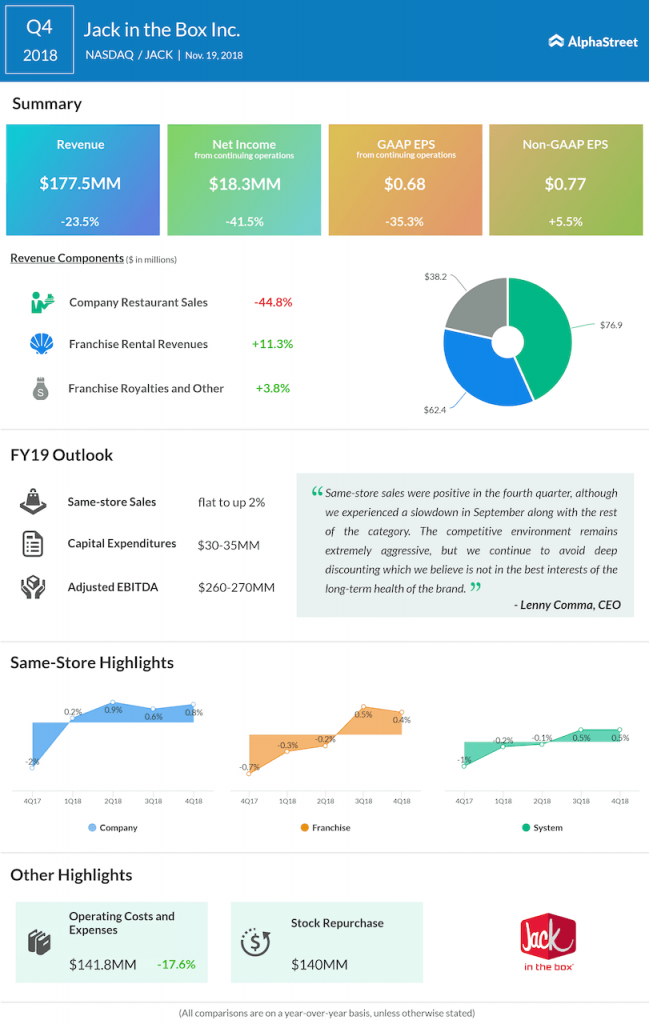 As expected, revenue for the final quarter of 2018 dropped annually. The company same-store sales increase of 0.8% was driven by average check growth of 2.8%. Jack in the Box completed its refranchising initiative during the quarter with the sale of 8 restaurants in Q4, and now the franchise mix stands at 94%.

For fiscal 2019, the restaurant operator expects system same-store sales of approximately flat to up 2%. Following the completion of longer-term financing plans, JACK expects to return more than $1 billion through FY 2022 to its shareholders in the form of share repurchases and dividends.