JPMorgan Chase & Co (JPM) is expected to post its earnings before the markets open on Friday. This financial mammoth has seen many big moves right after announcing results, usually witnessing a bull run on upbeat numbers. So here’s a take on what to expect this time.

This year, JPMorgan saw its record high at $119.33 a share. On Tuesday, the stock closed at $106.62. With a tendency to either slide or soar according to earnings, the Street expects $2.23 a share in earnings on a revenue of $27.66 billion for the quarter. However, the unofficial expectation is a little higher – at least $2.32 per share. 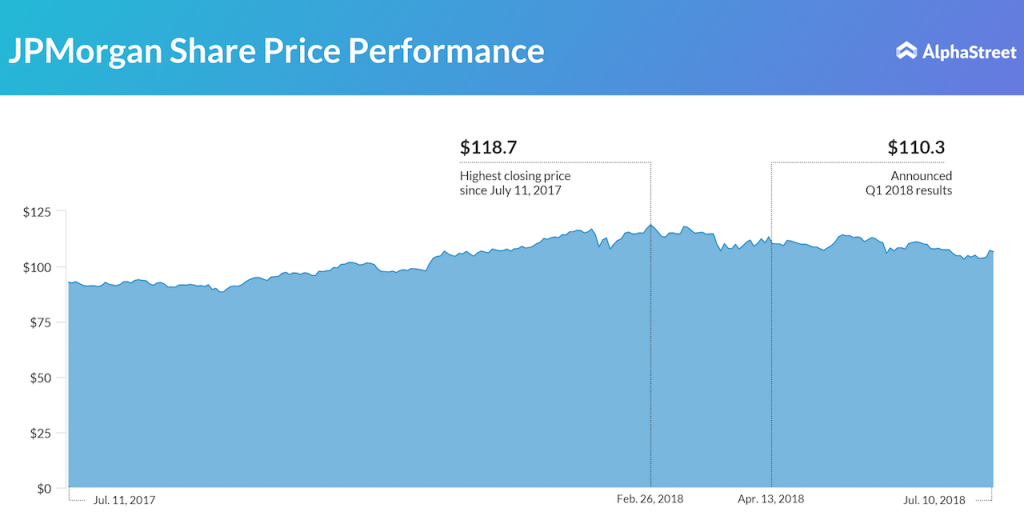 Most analysts are expecting a favorable reaction to JPM earnings, with big banks riding on the wave of dividend hikes and share buybacks. The global giant that JPMorgan is will also give a rough financial view of the world, especially in the time of a looming trade stand-off between China, Europe, and the US.

Even though banking shares have underperformed this year (KBW Nasdaq Bank Index slipped 0.1% this year) when compared to the S&P 500 index (up 4% this year), the consensus is that they will recover by the second half of 2018.

With the recent round of stress tests by the Federal Reserve, more banks are optimistic as they look to ramp up dividends, sending shares higher. With the Fed Reserve now letting banks return more value to investors, these banks look to raise dividends by at least 25% on an average.

Apart from JPM, other notable banking shares that are expected to climb due to this prospective move are KeyCorp (KEY), Wells Fargo (WFC), Huntington (HBAN), BB&T (BBT), Fifth Third Bancorp (FITB), Regions Financial (RF), SunTrust (STI) and US Bancorp (USB). The Street expects at least a 3% dividend yield from these firms.

The return to China

Back in May, the relaxed norms in China regarding securities made JPMorgan hint about reviving its Chinese franchise in the future. The bank sold its two-thirds stake in a joint venture with Shenzhen-listed First Capital back in 2016.

But this year, the New-York based financial holding company applied to Chinese securities regulator to enter a joint venture with a local securities broker – however, this time around as a majority stake owner. 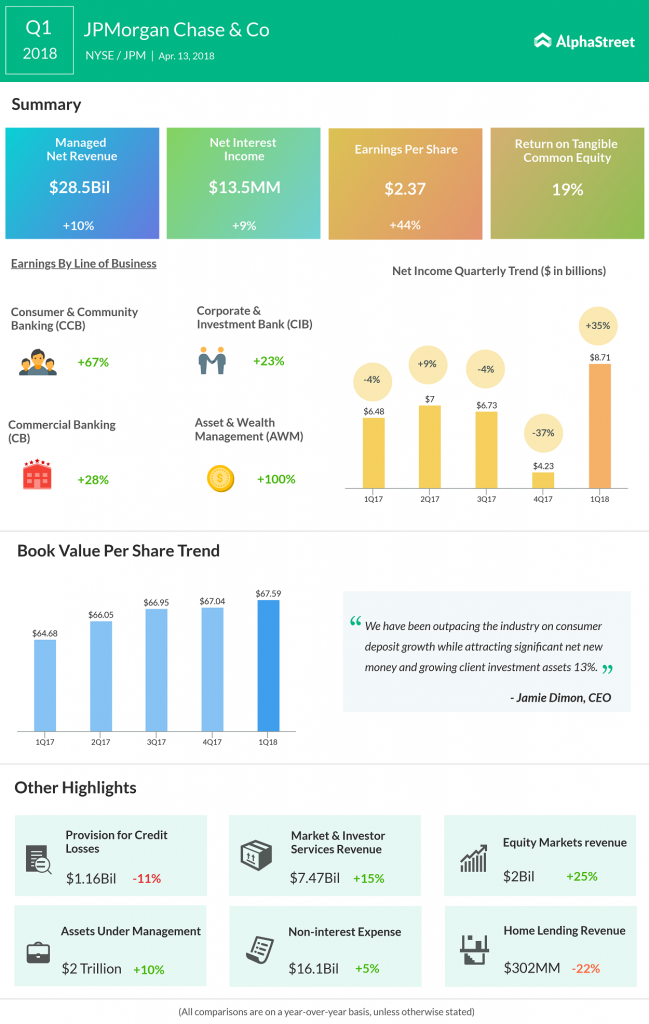 The burden of Quarter One

The biggest US bank by assets, even as it saw net interest income climb 9% in the first quarter joined fellow banking stocks that reported the same day (WFC, C and PNC) to trade in the negative territory after positive results.

But it now falls to this quarter to revive this giant and set it back into its rallying ways, as back then, CEO Jamie Dimon was bullish about the bank’s performance in 2018. This was amidst brewing trade wars between the US and China and volatile markets. He is also quite upbeat about the global economic scenario and confident about the macro factors in the US aided by recent tax reforms.