Railroad operator Kansas City Southern (KSU) reported 16% jump in earnings, which topped analysts forecasts, aided by the strong performance from Chemical & Petroleum and automotive divisions. However, sales increase of 4% to $682 million failed to meet Street’s estimates. Shares of the company, which dropped 1% in the pre-market trading, turned into green in the morning trading session.

Profit jumped 10% to $148.2 million compared to $134.4 million reported last year and negative growth recorded in the first quarter. Volumes saw a modest increase of 1% while the operating ratio rose modestly to 64%. Energy division, excluding crude oil, saw a double-digit dip in volumes mainly due to the closure of Texas facility in January, offset by 12% jump in Auto division. 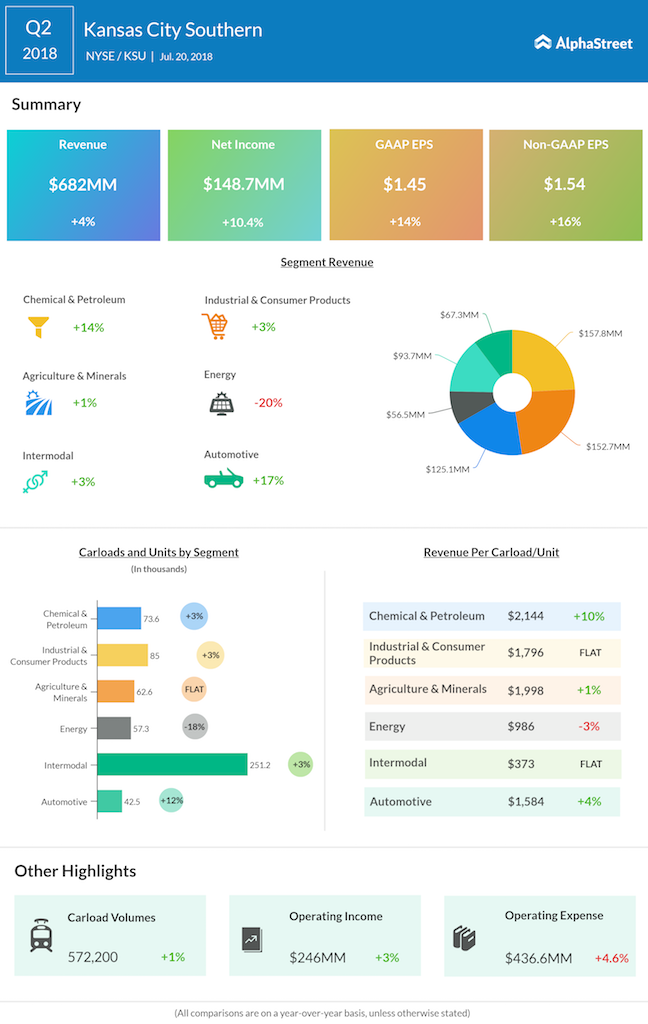