For the second quarter, net income attributable to common shareholders plunged by 41% to $449 million or $0.37 per share. The results included preliminary non-cash impairment charges related to goodwill and intangible assets that more than offset a one-time gain on the sale of its India nutritional beverages business.

In connection with the preparation of the first and second quarter financial statements, which occurred concurrently due to the delayed filing of the 2018 Form 10-K, the company concluded the fair values of certain goodwill and intangible assets. As a result, Kraft Heinz recorded non-cash impairment charges to lower the carrying amount of goodwill in certain reporting units of about $744 million. 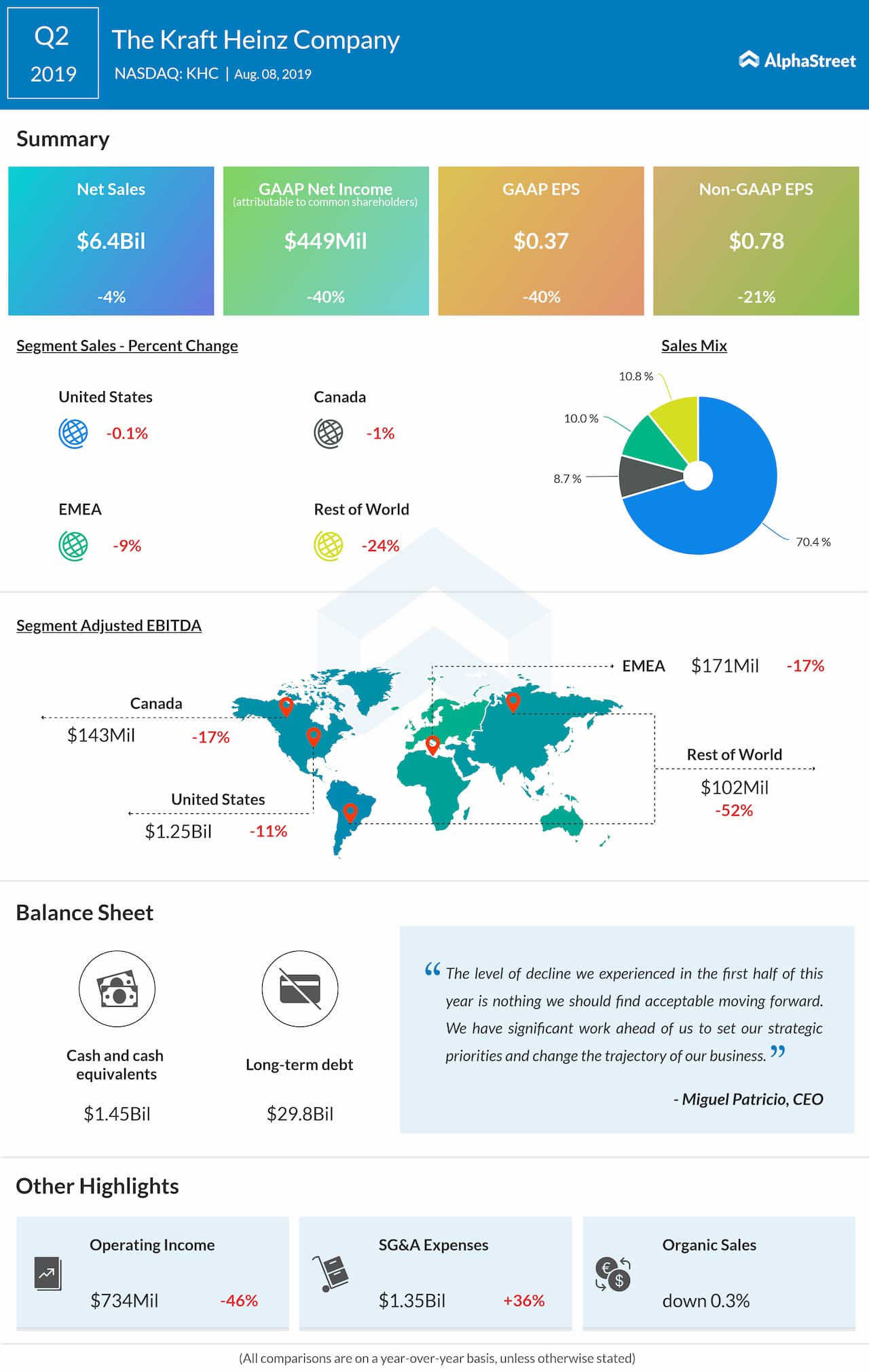 Adjusted earnings fell by 21% to $0.78 per share for the second quarter, but exceeded the analysts’ expectations of $0.75 per share. Net sales declined by 4% to $6.41 billion, missing the consensus estimates of $6.58 billion.

For the first half of 2019, net sales declined by 4.8%, including an unfavorable 2.6 percentage point impact from currency and a net 0.7 percentage point negative impact from acquisitions and divestitures. Pricing was down 1.3 percentage points versus the prior year period, primarily reflecting unfavorable promotional timing in North America, as well as price reductions to reflect lower key commodity costs in the United States.

Volume/mix for the first half decreased 0.2 percentage points as unfavorable changes in retail inventory levels in North America and lower shipments in EMEA and Rest of World markets more than offset solid consumption growth in the United States and Canada.

For the first quarter, Kraft Heinz posted a 60% dip in earnings due to lower sales. Net sales decreased by 5.5% on reported basis and 2.8% on an organic basis. Price dropped by 2.4 percentage points and volume/mix declined by 0.4 percentage points.

Shares of Kraft Heinz ended Wednesday’s regular session up 0.95% at $30.87 on the Nasdaq. Following the earnings release, the stock fell over 4% in the premarket session.