As part of its strategy to focus on profitable businesses, VF Corp (VFC) said on Monday that it would spin off its denim brands – Lee and Wrangler – as a separate public company. The company would, meanwhile, retain its profitable outdoor wear brand The North Face and sneaker brand Vans with itself. Timberland will continue with VF Corp.

The jeans brands have been facing heavy headwinds as major retailers including Walmart (WMT) have been pushing their own brands. The company had earlier in April sold its lifestyle brand Nautica to Authentic Brands Group for an undisclosed amount. 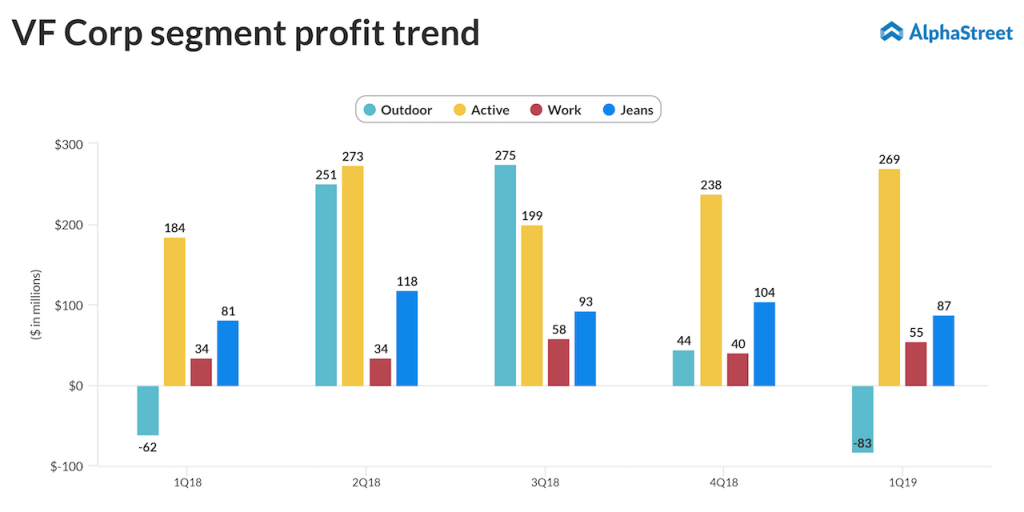 The company said the spin-off, which is expected to be completed by the first half of next year, will be tax-free to shareholders, though the company would incur certain related charges.

VF Corp added that it would shift its headquarters to Denver, while the new jeans company would operate out of its Greensboro, North Carolina headquarters

The Wall Street Journal had reported on Friday that the apparel giant was mulling strategic options for its denim business.