FTC has sued the company for violating the FTC Act and the Gramm-Leach-Bliley Act. The regulator has moved the court in San Francisco in the public interest.

LendingClub (LC) has been sued by FTC for misleading the customers on disclosure of fees, sending loan approval message to borrowers without getting backed by the investors and withdrawing money from bank accounts without customer consent. The company has refuted the charges made by the regulator stating, “FTC’s complaints are legally and factually unwarranted.”

The latest charges from the regulator haven’t been taken lightly by investors. LendingClub’s shares plunged 15% on Wednesday pushing it to an all-time low of $2.77. It’s important to note, the online platform’s stock has nosedived 32% this year and has plummeted more than 80% since IPO. 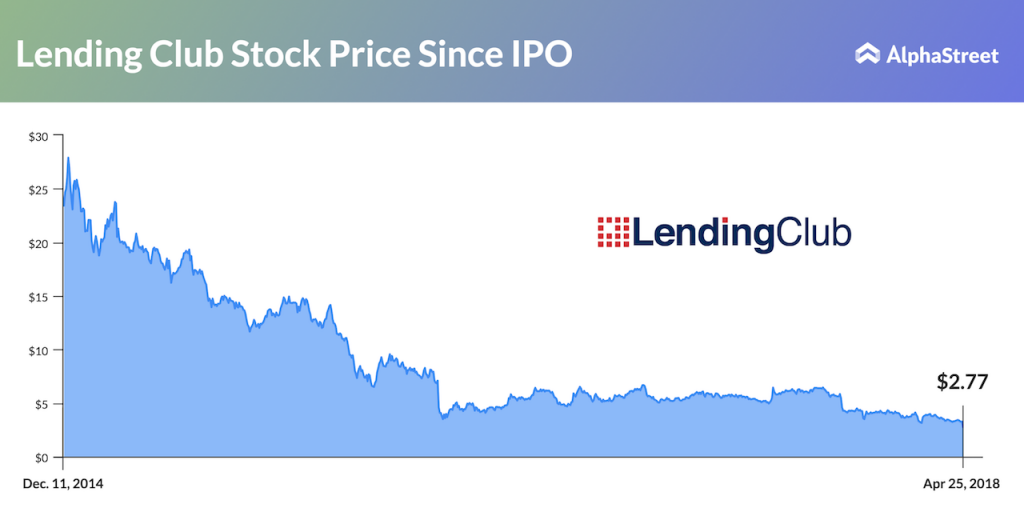 Earlier in 2016, the company had landed in a barrage of governance-related issues resulting in the unceremonious exit of its Founder and CEO Renaud Laplanche. A few of the senior management members also were shown the door due to loan manipulation and improper sale of loans. LendingClub had agreed to settle the lawsuit for $125 million.

Founded in 2007, LendingClub has been one of the pioneers in the fintech industry. It listed on the bourses in 2014 with a whopping $10 billion valuation raising nearly $1 billion. Since inception, more than 2 million members have borrowed $33.6 billion through its platform. Though the stats have been amazing, the company has not been able to get into the good books of the regulators so far.

LendingClub is reporting its first quarter results on May 8 after the closing bell.