Denim specialist Levi Strauss (NYSE: LEVI), which returned to the public market two months ago, reported weaker than expected earnings for the second quarter, driving the stock lower in Tuesday’s after-hours session. The results were negatively impacted by costs related to the recent IPO. 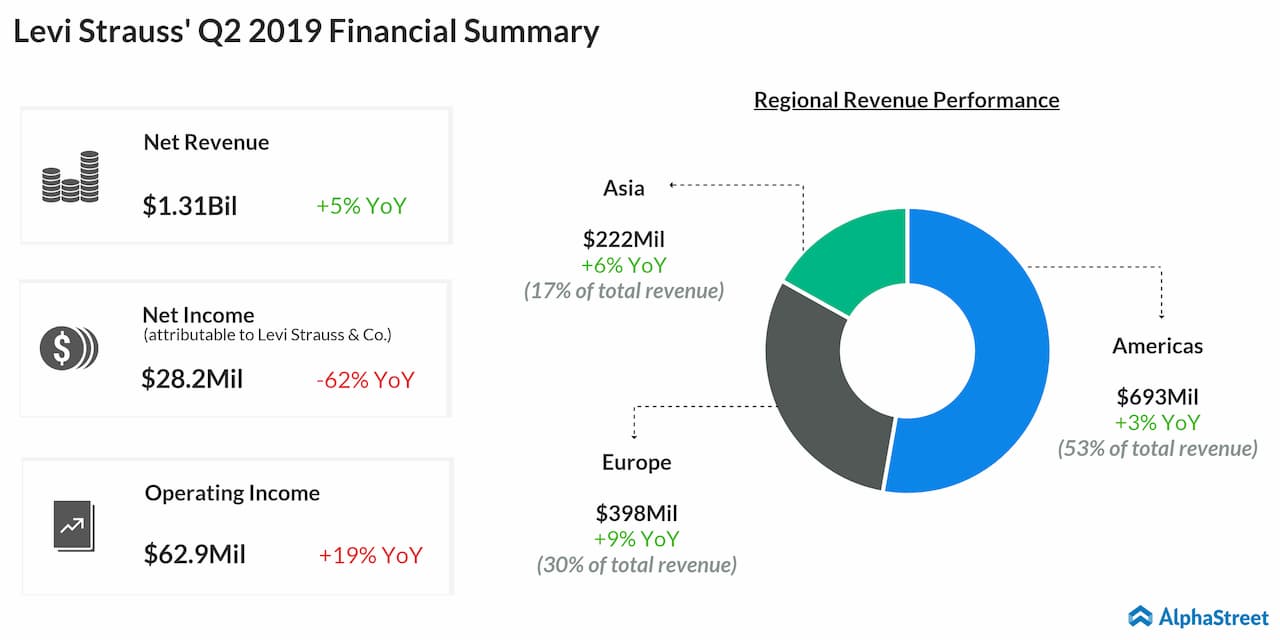 The San Francisco, California-based company reported net profit of $28.2 million or $0.07 per share for the second quarter, compared to $74.9 million or $0.19 per share a year earlier. The bottom-line was negatively impacted by the costs associated with the initial public offering in March. Analysts were looking for a higher profit.

Revenues were $1.3 billion during the three-month period, up 5% from the year-ago period and in line with the consensus estimate. The top-line growth was broad-based, with sales in the Americas and Europe growing 3% and 9% respectively. Asia sales were up 6%.

The top-line growth was broad-based, with sales in the Americas and Europe growing 3% and 9% respectively

Revenues from the direct-to-consumer business moved up 9%, helped by the expansion of the retail network and e-commerce platform. There were 78 more company-operated stores at the end of the quarter, compared to last year.

Chip Bergh, chief executive officer of Levi Strauss, said, “Our second quarter and first half results reflect the continued strength of our diversified business model as we delivered broad-based growth across all brands, regions and key product categories despite challenging retail and macroeconomic environment.”

Looking ahead, the management forecasts that net revenues will grow at the high end of the mid-single digit range in fiscal 2019. Adjusted EBIT margin is expected to be slightly up in the range of 10 basis points. The estimate for capital expenditures is between $190 million and $200 million. Levi Strauss plans to open around 100 new company-operated stores by the end of the year.

Meanwhile, the company is unlikely to get the benefit of Black Friday sales due to the timing of its fiscal year ending the final Sunday of November this year.

Levi shares remained broadly stable since the company went public. The stock closed Tuesday’s regular trading higher but lost sharply during the extended session. It has gained about 6% since the beginning of the year.