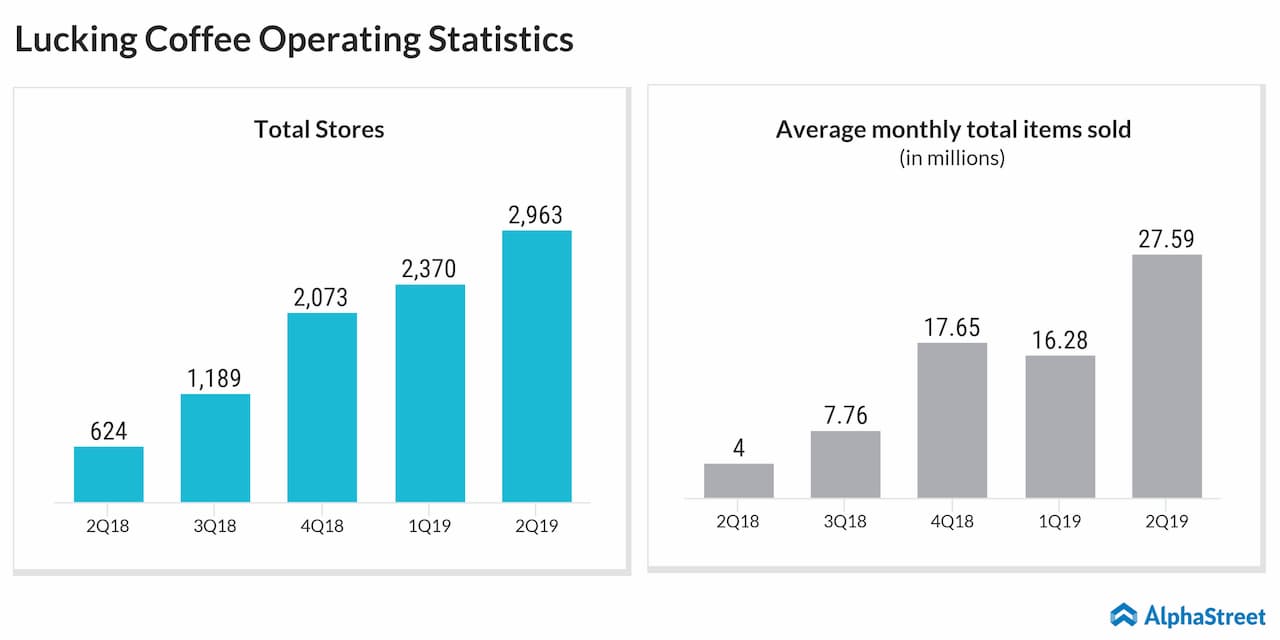 Store level operating loss narrowed substantially to $8.1 million from last year as a result of benefits of scale and increased bargaining power, operating efficiency from technology, and higher store throughput. The company is on track to reach its store-level breakeven point during the third quarter of 2019.

For the second quarter, operating expenses increased by 244% due to increased economies of scale and its technology-driven operations. The increase was in line with business expansion. An increase in the number of stores and headcount drove store rental and other operating costs higher by 272%.

Looking ahead into the third quarter, the company expects net revenues from products to be in the range of RMB1.35 billion and RMB1.45 billion. This forecast reflects the company’s current and preliminary views.

On July 22, Luckin, which reached to the public during mid-May, signed a memorandum of understanding with Kuwait Food Company Americana K.S.C.C to establish a joint venture to launch a new retail coffee business in the Greater Middle East and India.

The company is intending to become a major competitor to Starbucks (NASDAQ: SBUX) while still needing to improvize on its size for keeping the clash stiff. Luckin strategically focuses on pick-up stores, which accounted for 92.5% of total stores as of June 30, 2019.