Luckin Coffee Inc. (NASDAQ: LK) beat revenue estimates and reported a narrower-than-expected loss for the third quarter of 2019. Shares jumped over 8% in premarket hours on Wednesday. 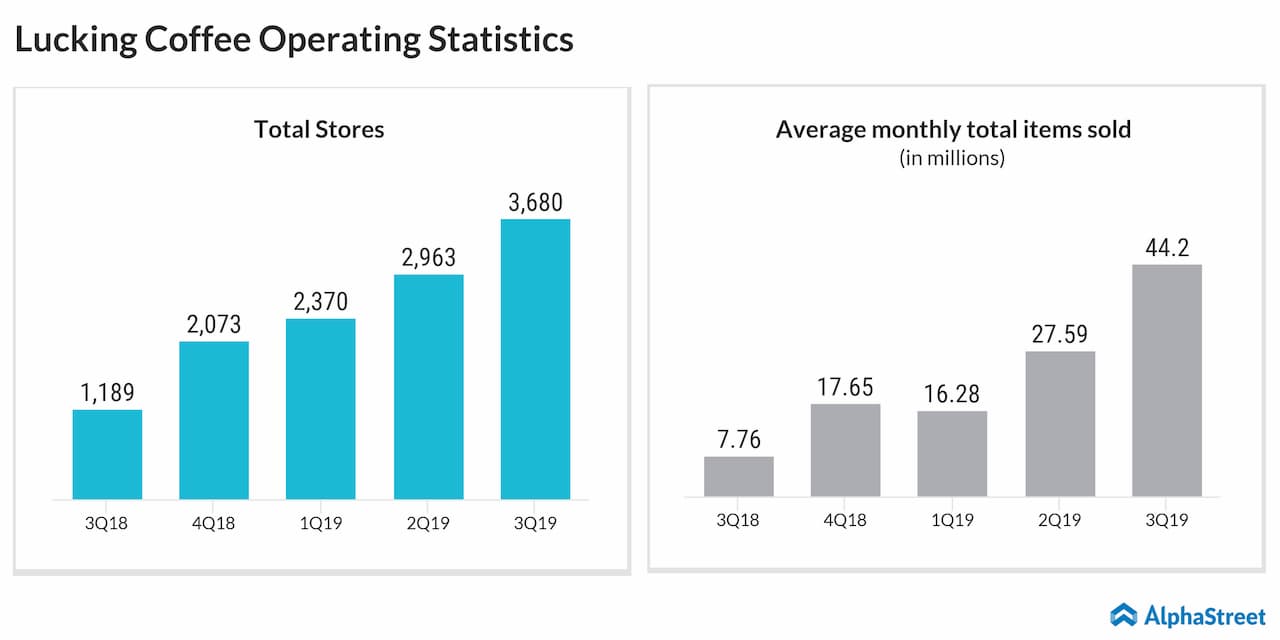 Average monthly total items sold in the quarter were 44.2 million, up 470.1% from the year-ago period. Average total net revenues from products per store increased 79.5% year-over-year.

Average monthly transacting customers were 9.3 million, reflecting a growth of 397.5% from the prior-year quarter. Total number of stores at quarter-end were 3,680 stores, up 209.5% from last year.

For Q4 2019, the company expects net revenues from products to be between RMB2.1 billion and RMB2.2 billion.