Athletic apparel retailer Lululemon Athletica (LULU) on Wednesday reported higher earnings and revenues for the fourth quarter, which also topped the market expectations. The impressive results and the management’s upbeat full-year outlook drove the company’s stock sharply higher during the after-hours trading session. The positive outcome is attributable to the strong holiday season. 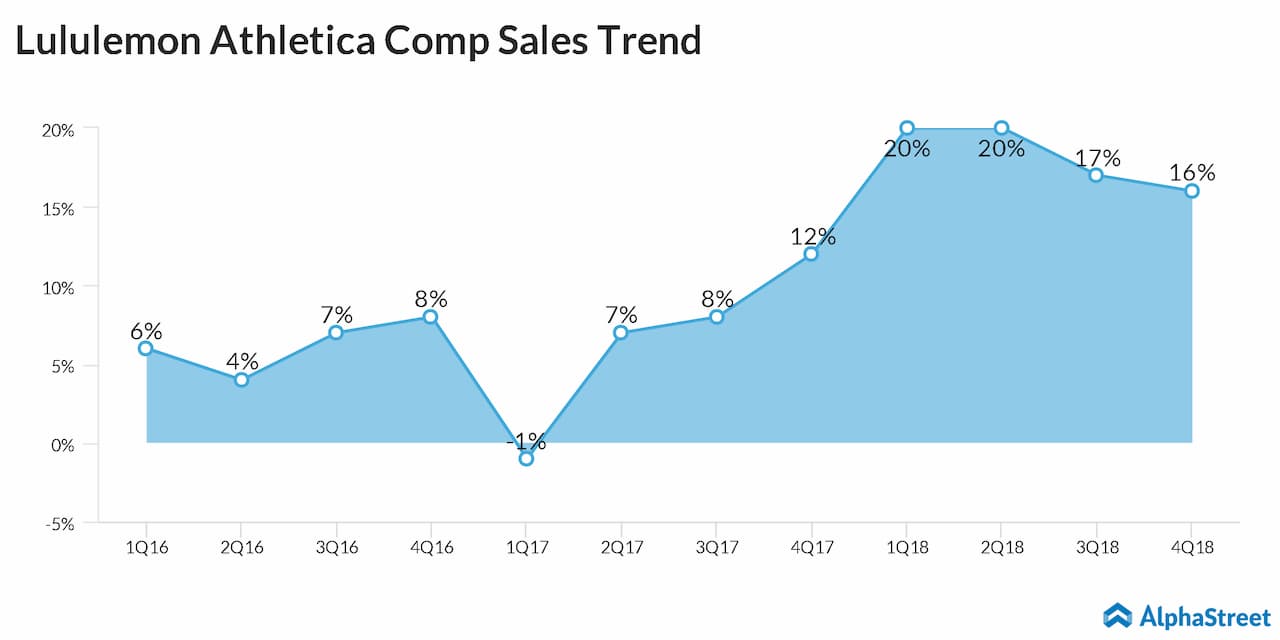 The solid bottom-line performance was driven by a 26% growth in revenues to $1.17 billion, which also surpassed the Wall Street projection.  Comparable store sales increased 16%, while direct to consumer net revenue surged 37%.

The strong bottom-line performance was driven by a 26% growth in revenues to $1.17 billion, which also surpassed the Street view

“Lululemon has delivered one of its strongest years yet, a result of broad-based strength across the business. We are energized to build upon our momentum and to seize the many opportunities ahead for Lululemon around the world,” said CEO Calvin McDonald.

The management currently expects first-quarter revenues to be between $740 million and $750 million and sees comparable sales growth in the low-double digits. The forecast for earnings is $0.68-$0.70 per share. In the whole of 2019, revenues are predicted to rise year-on-year to $3.70-$3.74 billion. Full-year earnings are expected to be in the range of $4.48 per share to $4.55 per share.

During the fourth quarter, the company repurchased 1.5 million shares at an average price of $120.99 per share and also authorized a new repurchase program for up to $500 million shares.

Lululemon shares moved up around 63% in the past twelve months, and 18% since the beginning of the year. The stock closed Wednesday’s regular trading session notably higher and gained further following the earnings announcement.