Earnings Preview: Lyft to report its maiden Q1 earnings since listing with the impending Uber IPO

Lyft (NASDAQ: LYFT) is slated to report its first-quarter results tomorrow after the bell. The ride-sharing firm’s stock has been volatile since hitting the public markets in March. It is down 15% till date since listing, well below its IPO price of $72. Lyft’s rival Uber is planning its IPO on May 15 in the stock price range of $44 to $50 per share, with a valuation of $79.2 billion to $90 billion. 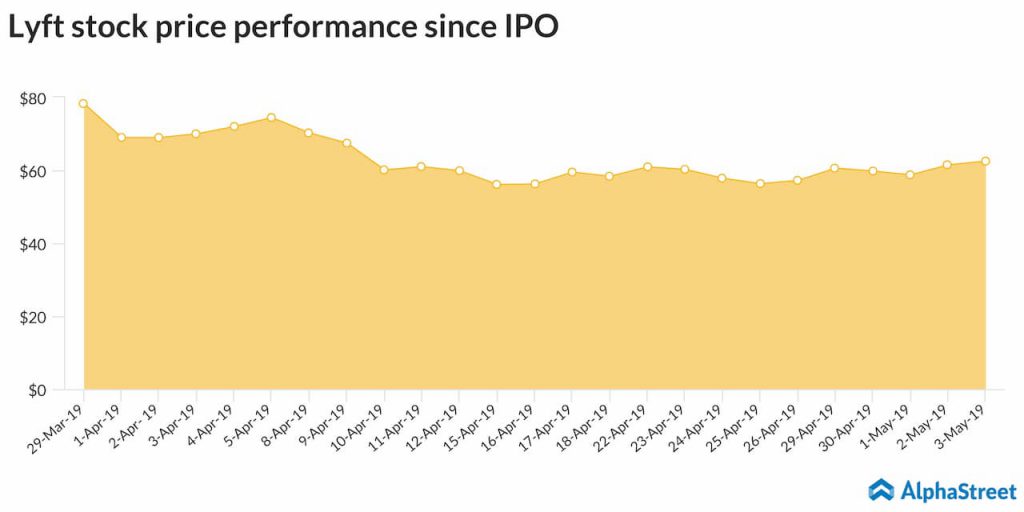 Lyft ended 2018 with revenue of $2.2 billion aided by strong bookings of $8.1 billion. The company has 1.9 million drivers on board aided in the transporting 30.7 million riders last year. The transportation-as-a-service (TAAS) firm claims to be present in more than 300 markets in the US and Canada. It claims to have a market share of 39% in the US at the end of 2018.

Lyft’s revenue has doubled last year aided by 76% growth in Bookings. However, one of the important metrics to notice is surging losses. At the end of last year, the company’s loss increased by 32% to $911.3 million. The losses are expected to continue in the near future as the firm expands to new markets, increased investments in beefing up its platform features and increase its marketing spending to augment its reach.

The company has been focusing on multi-modal platform approach moving beyond ridesharing. Last November, it forayed into shared bikes and scooter domain in the US with the acquisition of Motivate. Lyft also has inked a partnership with Aptiv to bring autonomous vehicles to its fleet. Since the beginning of 2018, the company claims to have enabled 35,000 rides along with a safety driver. 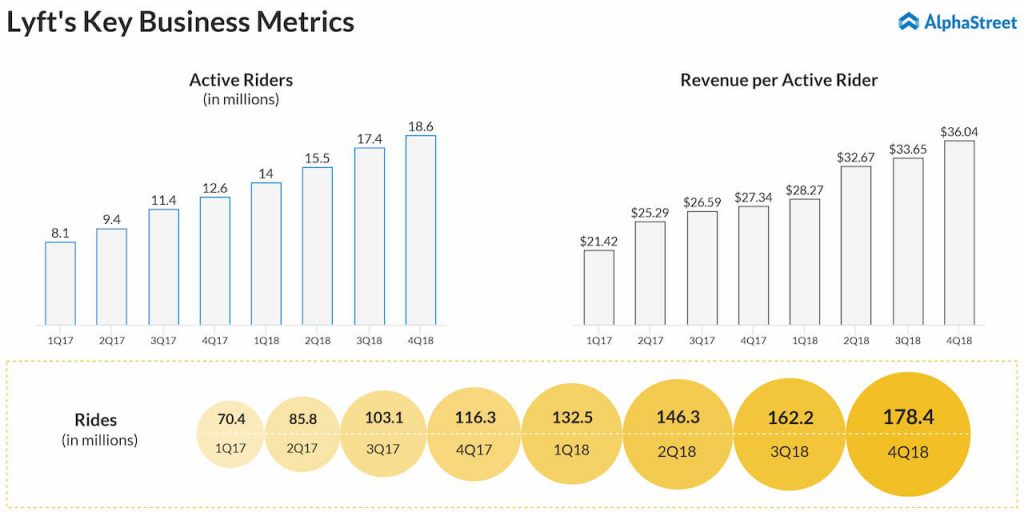 Apart from the headlines numbers, key metrics to watch would be active riders, and how much money is earned from a rider and the number of rides enabled through its platform. Contribution margin has improved from 23.1% in 2016 to 45.5% at the end of 2018, which is a good sign from investors’ point of view as this shows the efficiency of the platform.

With the TAAS market still at its infancy across the globe, there is huge unmet demand for Lyft to expand its services. However, it faces intense competition from the likes of Uber, Via and Juno (owned by Gett) in the US and Canada. On the autonomous vehicles front, the company is competing with firms like Waymo (owned by Alphabet), Baidu, Uber, and Zoox, etc.

Dara Khosrowshahi-led Uber is listing on the bourses next week. Analysts would be interested to know how Lyft is preparing itself to tackle competition and improve its key business metrics without further denting its bottom line. Logan Green and his team would be bombarded with a lot of questions from analysts on their maiden earnings conference call scheduled at 5 PM Eastern Time tomorrow.