Meanwhile, the three-times UEFA champions swung to a loss of 9.89 pence per share in the fourth quarter from a profit of 14.74 pence a share in the year-ago period. On an adjusted basis, the club reported a wider-than-expected loss of 0.51 pence a share.

Q4 revenue fell 16% to £147.6, primarily due to weakness in the broadcasting and commercial segments. Analysts had projected a revenue decline of 14%.

The club, which currently stands in the seventh position in the EPL points table, posted FY18 adjusted EBITDA of £177.1 million as well as record revenue of £590 million.

MANU shares were trading neutral in pre-market trading on the New York Stock Exchange after the results.

Executive Vice Chairman Ed Woodward said, “Our increased revenue expectation for the year demonstrates our continued strong long-term financial performance which underpins everything we do and allows us to compete for top talent in an increasingly competitive transfer market.” 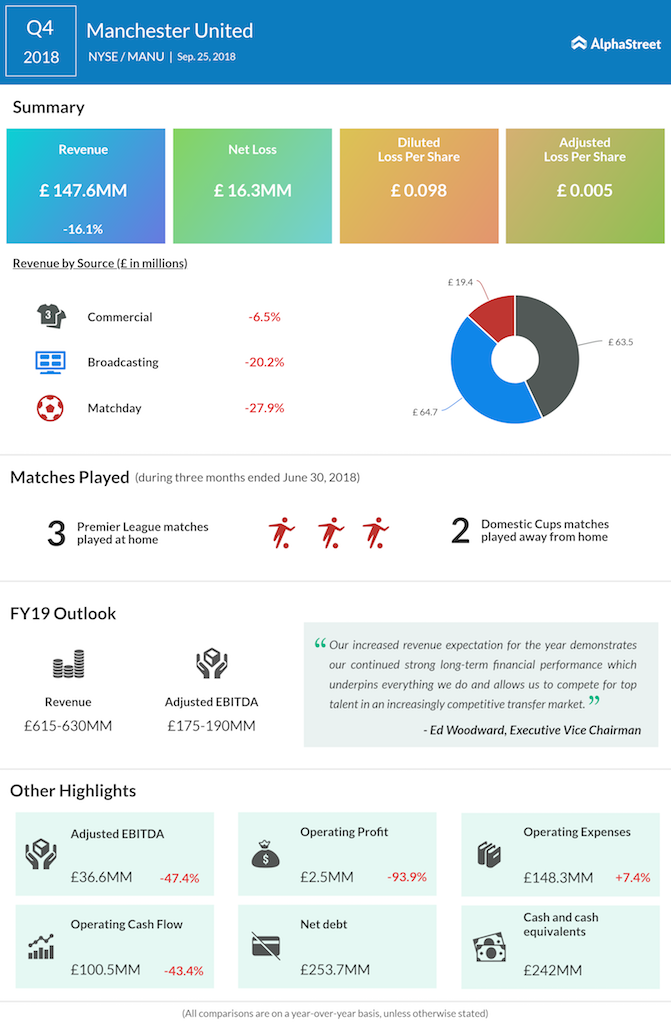