Extending the ongoing the recovery, Match Group Inc. (Nasdaq: MTCH) reported higher revenues and profit for the first quarter of 2019, aided mainly by a further strong increase in the memberships for its search app Tinder. The results also exceeded analysts’ estimates and the company’s stock gained sharply in the after-hours Tuesday. 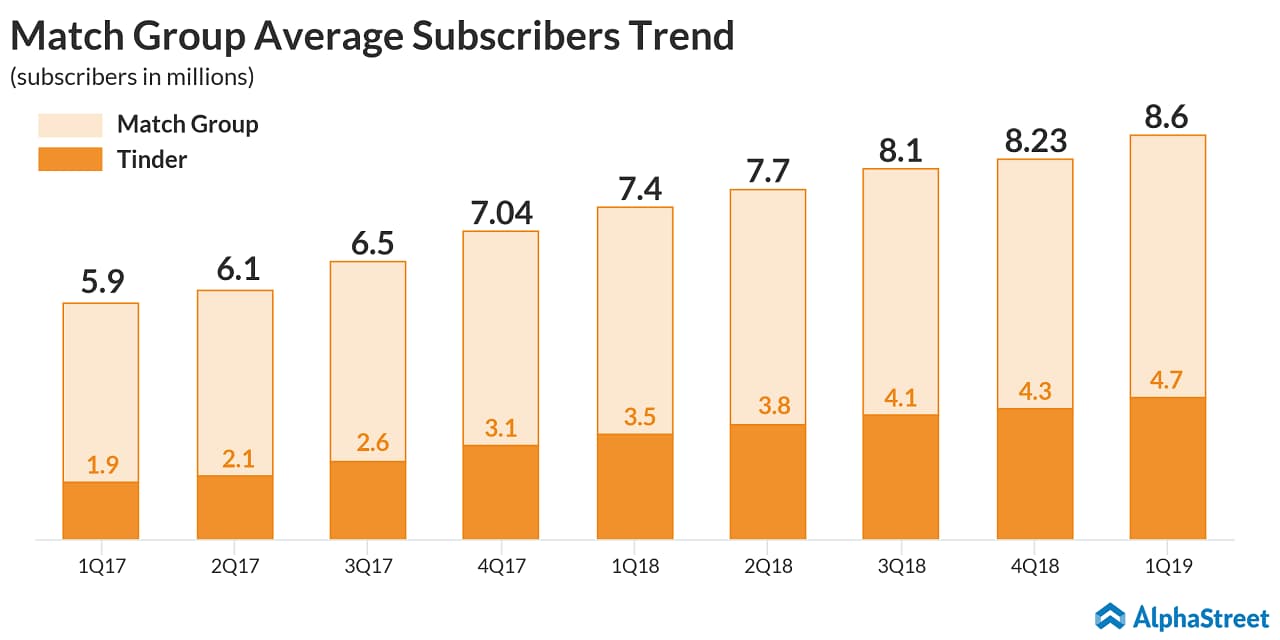 Revenue grew 14% annually to $465 million, driven by a 16% increase in average subscriber growth and a notable rise in revenue per user, which was partially offset by unfavorable foreign exchange effects. At 4.7 million, average subscribers for Tinder were 1.3 million higher compared to last year.

The top-line benefitted from an increase in average subscriber growth and a notable rise in revenue per user, which was partially offset by unfavorable foreign exchange effects

Cash flow from operations and free cash flow declined year-on-year due to the timing of a cash receipt that was received in the fourth quarter instead of the first quarter. As part of its strategy of returning capital to shareholders, the management repurchased 0.5 million shares during the quarter at an average price of $55.62.

Match Group’s shares reached a fresh peak last month, after gaining consistently since last year. The stock moved up around 50% so far this year. It closed Tuesday’s trading lower but gained about 8% during the extended session.