Micron earnings preview: Blindly bet on this one!

Micron had an amazing stock rally in the past 52 weeks, increasing as much as 87%. Yet, there are no signs of slowing down as its products continue to be in great demand owing to the craze over artificial intelligence, cloud computing, and autonomous driving. Reiterating its trust in the stock as well as the overweight rating, JPMorgan on Monday stated that it expects the demand for Micron’s chips to remain stable, if not strong, in the coming quarter.  The Boise, Idaho-based company will report third quarter earnings results tomorrow after market close.

Micron has previously posted 10 consecutive quarterly earnings surprises, and there is no reason why it shouldn’t this time. Analysts expect third quarter revenues to jump 38% to an approximate $7.70 billion, riding on strong demand for memory chips. Meanwhile, earnings for the quarter are expected to almost double to $3.14 per share. 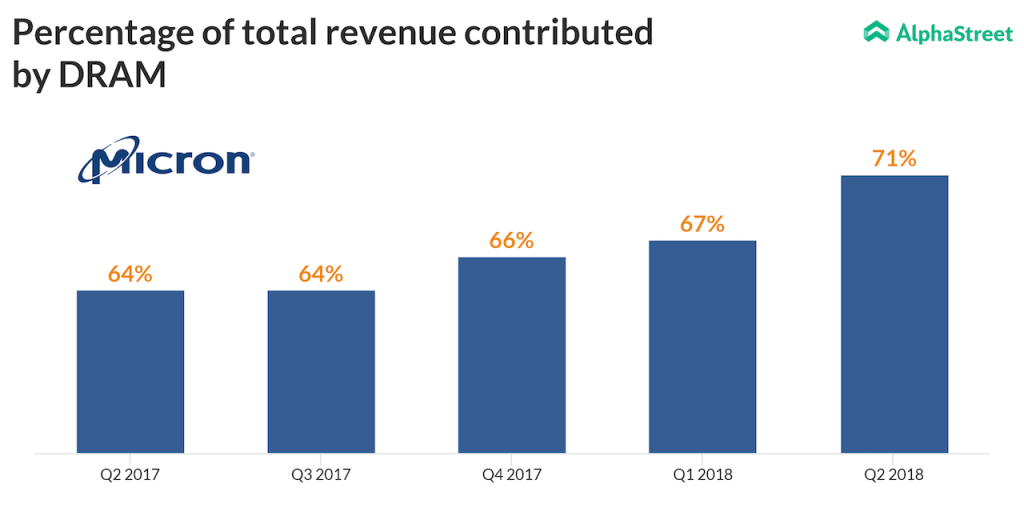 A spike in demand for DRAM spurred sometime in 2016 has continued its momentum all the way to 2018, thanks to its increased adoption in artificial intelligence at data centers. DRAM, which constitutes about three-fourth of Micron’s revenue, is also widely used by autonomous car manufacturers. Increasing prices and strong demand will likely see DRAM driving the chipmaker’s earnings in the third quarter as well.

An allegation by the Chinese government that the chipmaker is embroiled in illicit price fixing of memory cards, as well as its follow-up probe has been hindering Micron’s stock rally for some time.

Meanwhile, Micron’s other key product, NAND, has witnessed a narrowed supply-demand gap in the past quarter, according to data released by market observers. Therefore, the strong leverage provided by NAND to the company’s topline in the prior quarters may be missing this time around. 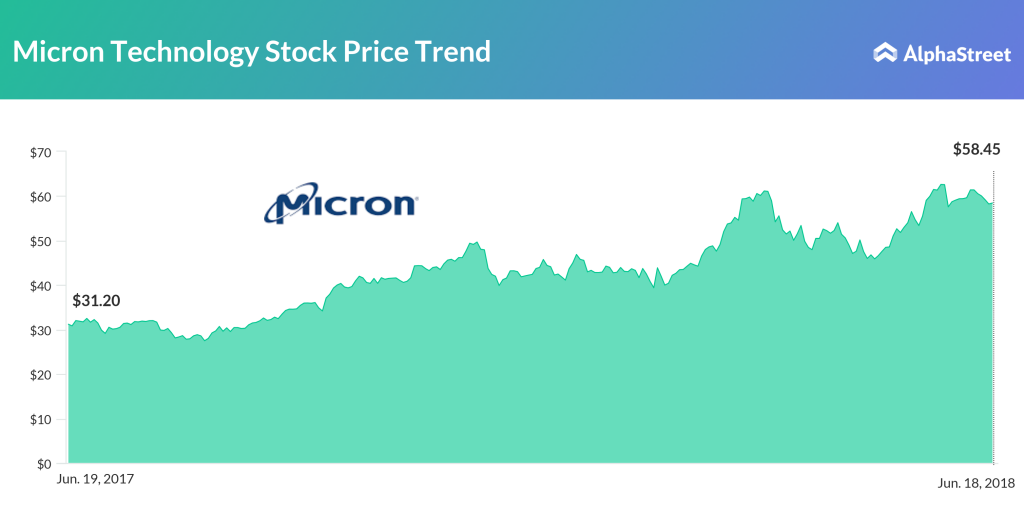 An allegation by the Chinese government that the chipmaker is embroiled in illicit price fixing of memory cards, as well as its follow-up probe has been hindering Micron’s stock rally for some time. But the follow-up probe on the case, which also involves Samsung and SK Hynix, is unlikely to close soon. Hence, it should not be a cause for concern ahead of earnings.

Perhaps the only other potentially disruptive factor facing the company right now is the face-off between the US and China. A trade war or tariff hike can have a negative impact on the company’s operations and its stock performance. Till then, it’s a blind pick.

Micron shares ended Monday’s regular trading hours up 0.38% at $58.45. Here’s a quick look at how Micron Technologies performed in the second quarter. 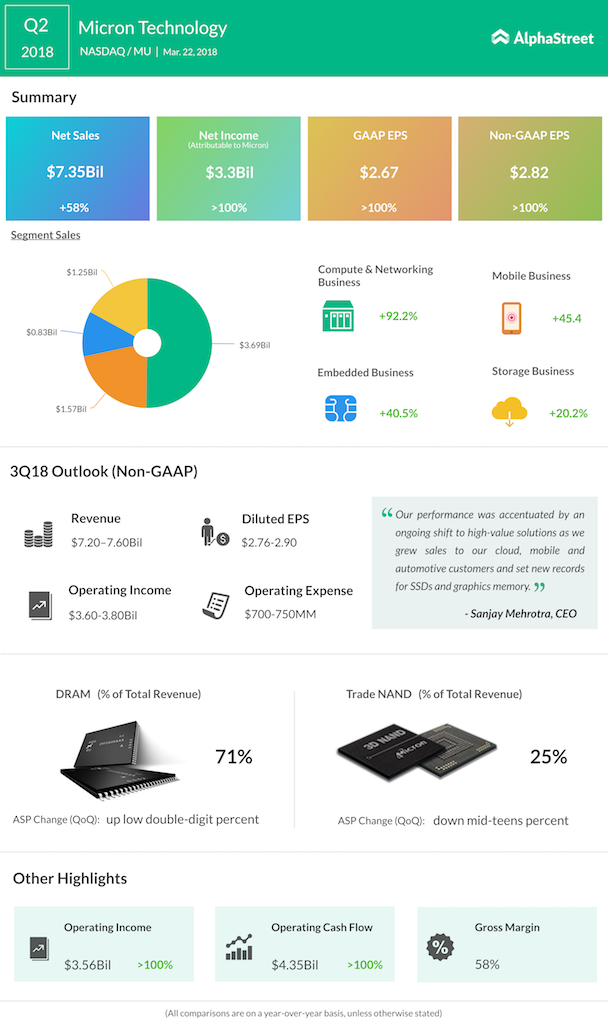 Related: Stay tuned, you can’t afford to miss out on these red-hot chip stocks