The company’s Xbox live active users surged 13.4% year-over-year to 59 million, while gaming revenue also increased double-digit by 18% to $2.25 billion. Microsoft’s Xbox franchise has had tremendous success and earned $9 billion in revenues in 2017. As the console market is seeing significant growth, driven by digital downloads, the growth in gaming revenues bodes well for the future. 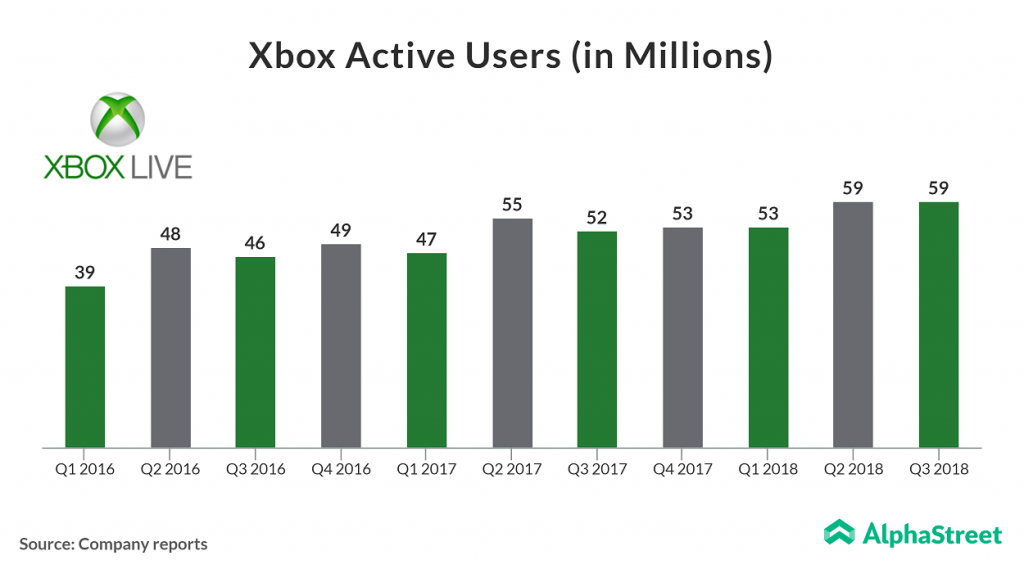 Microsoft’s largest segment, More Personal Computing, which includes gaming, Windows, devices and search ads posted a 13% increase in revenue to $9.9 billion. Major growth driver in this segment was surface and gaming revenue which grew 32% and 18% respectively. Earlier in the quarter, the Redmond, Washington-based IT giant had made some restructuring of its Windows and Devices group that was split and was included in the Experiences and Devices group.

Productivity and Business Process segment that includes LinkedIn, Office and Dynamics reported a growth of 16.8% in revenue to $9.01 billion. LinkedIn was the major contributor to the segment posting a 37% growth from a year ago. Microsoft Office 365 subscribers grew to 30.6 million for the quarter from 26.2 million in the prior year. 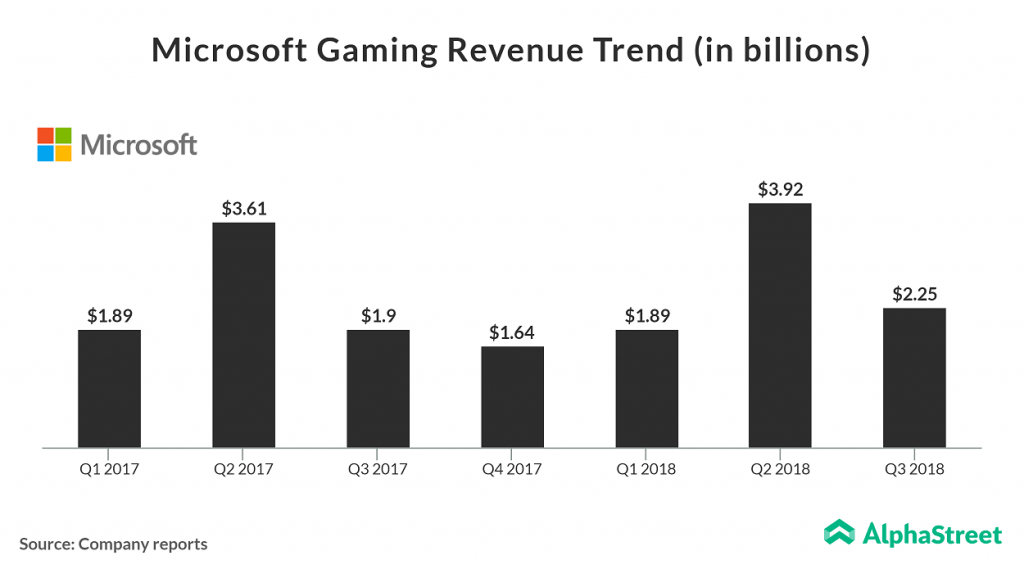 Microsoft stock that has been rallying through Thursday lost a bit of momentum post the earnings release and traded in the negative territory despite earnings and revenue beat.

Addressing investors after releasing the first quarterly report since Microsoft revamped Windows by integrating Office into the platform, CFO Amy Hood said the focus on cloud business would continue to drive growth in the fourth quarter, and projected revenues in the range of $28.8 billion to $29.5 billion for the next quarter. The forecast is above market expectations.

Shares of the IT giant moved up strongly, paring the initial losses after it announced upbeat guidance for the fourth quarter.