The U.S. Army on Wednesday announced Microsoft Corp (MSFT) won a $479.2 million contract for the supply of HoloLens. The supply agreement is to provide prototypes to the Army for its augmented reality systems that help soldiers in training and combat missions.

The contract, which went through bidding with tech firms such as Magic Leap also gunning for it, was announced on the armed forces website.

The US Army has now positioned itself as a major customer of Microsoft’s HoloLens. Both the American and the Israeli military were already using HoloLens in training, but this could hint at future use in live combat.

Microsoft, which has already sold about 50,000 devices looks to provide more than double the amount to the Army through its augmented reality program — the Integrated Visual Augmentation System, or IVAS.

According to other reports, in August, the Army held meetings with over 25 companies including Booz Allen Hamilton Holding, Lockheed Martin, and Raytheon to participate in some capacity to the IVAS. 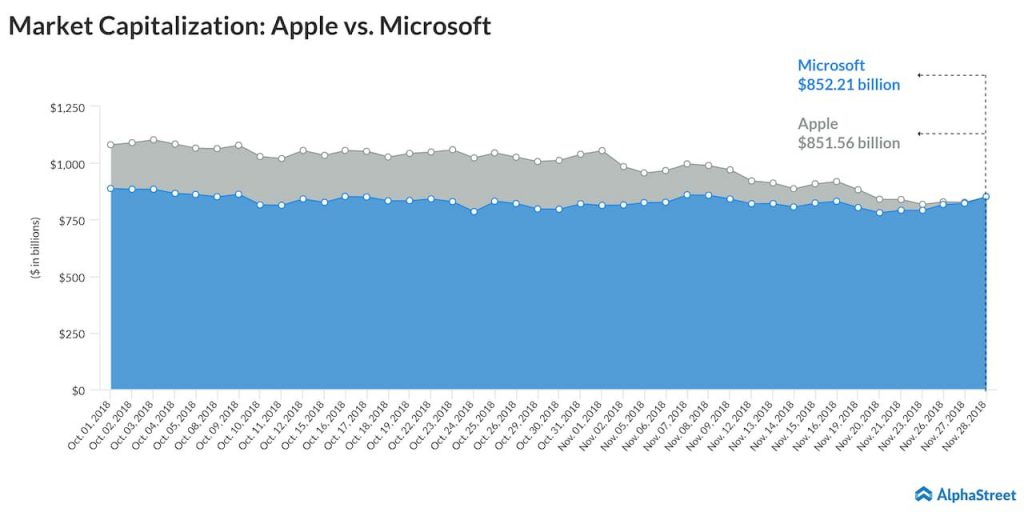 The Army expects Microsoft to deliver 2,500 headsets in two years, and ready itself for full-scale production.

Microsoft is already in a secure market position, with a recent surge in BUY ratings from analysts. Microsoft has been alternating as a top company in terms of market cap on Wednesday, with it hitting $835 million. The stock has gained 23% since the year began.