Momo Inc. (NASDAQ: MOMO) reported a 65% decline in earnings for the first quarter of 2019 due to an increase in share-based compensation expense including that related to certain share options granted to Tantan’s founders. The results exceeded analysts’ expectations. The company guided second-quarter revenue growth above consensus estimates. Following the earnings release, the stock inched up over 5% in the premarket session. 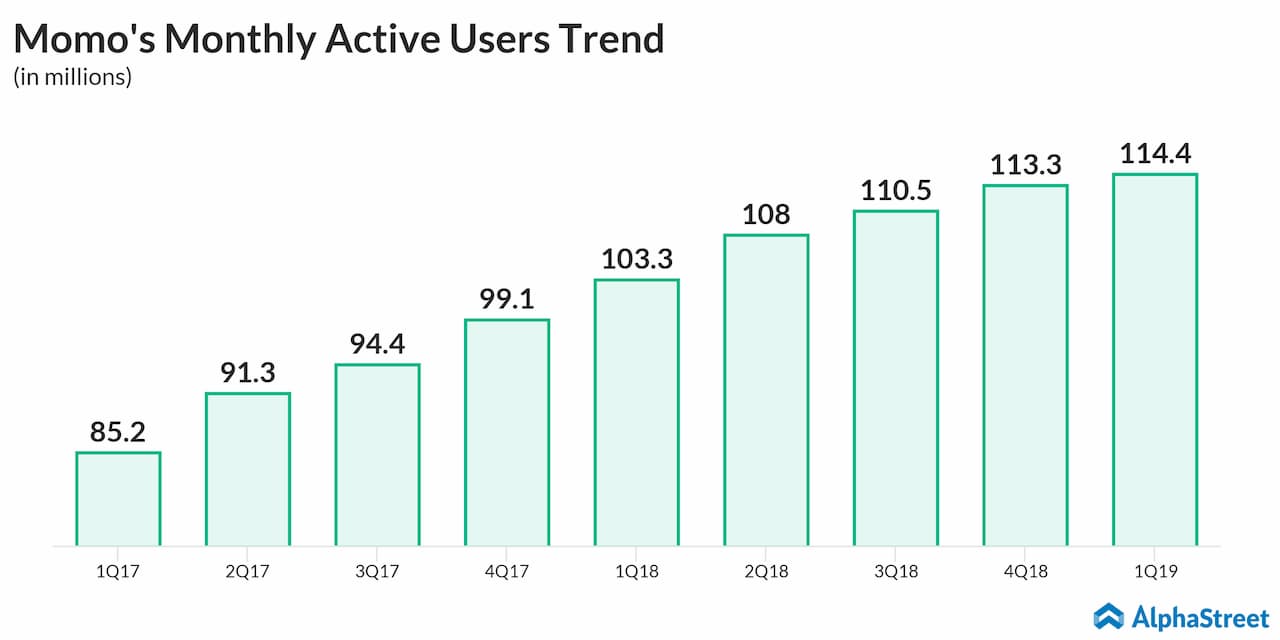 The total value-added service revenues soared by 285% primarily attributable to the continued growth of the virtual gift business on the Momo application driven by more paying scenarios introduced to enhance the social experience of Momo users, and the consolidation of Tantan’s membership subscription revenues for the whole first quarter of 2019.

However, mobile marketing revenues fell by 32% due to the decreased demand from its advertising and marketing customers. Mobile games revenue declined by 8% mainly due to the continued decrease in quarterly paying users.

The monthly active users on Momo applications were 114.4 million in March 2019, up from 103.3 million in the previous year period. Total paying users of our live video service and value-added service, without double counting the overlap, including 5 million paying users of Tantan Limited, increased to 14 million in the first quarter of 2019 from 8.1 million a year ago.

Looking ahead into the second quarter of 2019, the company expects total net revenues in the range of RMB4 billion to RMB4.1 billion, representing an increase of 27% to 30% year over year. These estimates reflect the company’s current and preliminary view.

The company said it has started to implement the strategies that were laid out at the beginning of the year. Momo has generated good results in driving business growth driven by certain initiatives that were taken on the product and operational fronts. The company will continue to execute against the strategic priorities and create value for its shareholders.