The pace at which General Electric (GE) has been trimming assets gives the impression that its goal of getting back into shape and regaining the lost glory is a bit too far-fetched. Also, the dismal earnings performance in the June quarter, marked by a double-digit contraction due to restructuring costs, casts doubt over the possibility of turning around the ailing power division in the near future.

Meanwhile, the valuation of the assets involved in the latest round of divestiture indicates the engineering juggernaut is in an acute cash crisis. According to sources, GE is planning to sell its power-conversion division for about $1.5 billion, which represents less than half the price it paid for acquiring it a few years ago. While speculations are rife about the potential buyer, Caterpillar (CAT), ABB (ABB) and Schneider Electric are rumored to be the frontrunners.

A report published by Bloomberg Friday showed the Boston, Massachusetts-based company will start the sale process by next month, with Credit Suisse Group as consultant. However, it will still leave all options open, including retaining the business.

It is expected that CEO John Flannery, who embarked on a massive restructuring program after taking the reins of GE last year, will get rid of more assets in the future, ultimately reducing the firm to the power and aviation businesses. Flannery aims to regain GE’s market value, which fell about $167 billion since the beginning of 2017 amid a crippling liquidity crisis and a general slump in the power sector.

He has already achieved some progress towards meeting the goal of reducing debt by $25 billion, through a series of divestitures including the company’s century-old locomotive business, health unit and industrial gas-engine business. Meanwhile, options are being explored to monetize its controlling stake in oilfield technology firm Baker Hughes.

Interestingly, some of the business units being axed by Flannery were either developed or acquired by former chief Jeffrey Immelt before leaving the company last year.

GE shares plunged 26% since the beginning of the year after losing nearly 50% last year, eventually costing the company its membership in the Dow Jones Industrial Average. The stock, which continued the free fall in the recent months, ended Friday’s trading session down 2%. 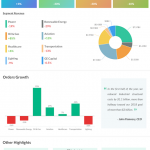